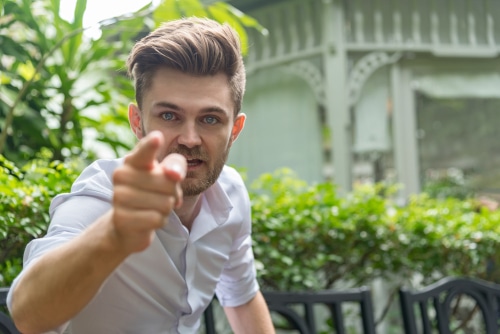 Not So Simple Assault In Domestic Violence & Restraining Orders 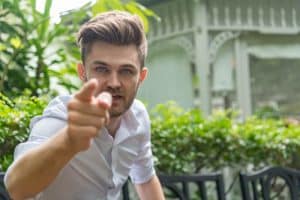 Although simple assault may be one of the most common “misdemeanor” offenses a person can be charged within Ocean or Monmouth County, it is a very serious criminal charge in New Jersey. As a disorderly persons offense, assault charges can arise from minor altercations or as a result of a domestic violence incident. Assault is a violent crime and criminal conviction can significantly affect employment or educational opportunities, your reputation, and possibly result in a fine or restraining order, not to mention negatively impact child custody matters in divorce litigation. Unlike many criminal offenses in New Jersey, you can be charged with simple assault even though the assault was unintended, and you can be found guilty even if there was no injury to the other party.

N.J.S.A. 2C:12-1 or “simple assault” can be triggered as the result of purposeful, knowing, reckless or negligent conduct, even if the person was unsuccessful in their attempt to commit the offense and the other party was not injured. The assault may cause temporary pain or discomfort or present a physical threat, and ANY unwanted or offensive physical contact can also be considered assault.

Simple Assault as an Act of Domestic Violence in Wall Township, NJ

As the more common charge used as the grounds for a protective order, a person is guilty of simple assault or N.J.S.A. 2C:12-1(a) if they:

(1) Attempt to cause or purposely, knowingly or recklessly causes bodily injury to another;

(2) Negligently causing bodily injury to another with a deadly weapon; or

(3) Attempt by physical menace to put another in fear of imminent serious bodily injury.

Under these conditions in NJ, even an attempt to cause bodily injury and/or threatening behavior that would make someone believe they are in immediate danger of suffering serious harm is considered a simple assault. So when one considers the type of language used to define “simple assault” it’s clear to see how people can face restraining orders with simple assault as the basis.

Though vastly different from aggravated assault, the seriousness of a simple assault charge or subsequent conviction, can nevertheless have devastating consequences on your life. Especially since a domestic violence finding during a criminal background check has the potential to disqualify you from many jobs or educational opportunities.

What is the Punishment for Simple Assault & Domestic Violence in Sea Brick or Girt, NJ?

The reasons why a person would make false domestic violence or simple assault allegations may vary greatly (i.e., jealousy, revenge, to gain child custody, more parenting time or a greater share of the property in a divorce settlement). No matter the reason, none are acceptable, fair, just, and are oftentimes illegal.

Be sure to attack this circumstance swiftly and aggressively with an attorney that you can trust. The consequences of a false conviction resulting in a FRO or Final Restraining Order can and will impact you for the rest of your life. As an innocent person, these allegations should not be taken lightly.

Our attorneys assist clients in Spring Lake, Toms River, Point Pleasant, Brick, and the greater Ocean and Monmouth County areas. Visit our online form or call us at  (732) 812-3102 to learn more about your options.