Grounds for Divorce and the Filing Process

Grounds for Divorce and the Filing Process Attorneys Brick NJ

In order to finalize a divorce in New Jersey, there are many steps the spouses must go through.

The process is scaffolded so that each party has an opportunity to pursue the assets they believe are theirs by right, as well as protect each party’s rights to fair and transparent procedures throughout the entirety of the process.

In some divorces, the separating spouses move through the scaffolded divorce proceedings without conflict, either overseen by a New Jersey Superior Court: Family Part judge or a private divorce mediator. A swift navigation of this process requires the active participation and respect of each party, however; and such a dynamic between exes is not always available. Whether you and your ex are on good terms or have had a shakier fallout, knowing the court-ordered procedure for divorce in New Jersey is essential to ensuring that all of your procedural rights are met and you receive your fair share of marital assets in the split. Read on to learn about the divorce process in New Jersey, and enter the process informed and empowered.

The Grounds for Divorce

New Jersey law regards a number of legal grounds for the separation of a married couple. In order to ultimately receive the judgment of divorce, at least one of these grounds must be met. The first four listed are the four main grounds for divorce; additionally, desertion, habitual drunkenness, and incarceration may be considered by a judge as grounds for filing for divorce.

The grounds for divorce in New Jersey include 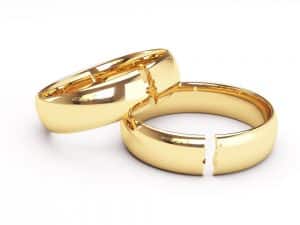 In New Jersey, if a couple has lived separately for at least 18 months, one or both may file for divorce stating the grounds of separation. Separation is also a grounds for “no-fault” divorce.

Similar to adultery, a divorce complaint filed on the grounds of extreme cruelty will likely have a substantial effect on how marital assets are divided in the divorce.

If a spouse can show that their partner has not been physically intimate with them for at least a year, they can file for divorce on the grounds of desertion. This may or may not have an effect on how marital assets are split unless adultery is also submitted as a grounds for divorce.

When one or both parties in marriage determines that one of the above grounds for divorce applies, they must file a complaint about divorce with the Superior Court: Family Part. Once the divorce complaint has been filed and the other spouse has received a copy of the complaint, they have the legal authority to file an answer. In this answer, they may contest any portion of the complaint. They may also ask that the court oversee the handling of disputes, particularly as it pertains to how marital assets are to be divided. 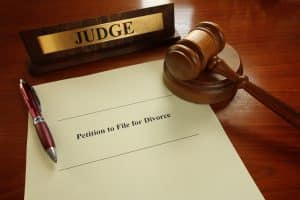 Then you and your divorce attorney will meet with your spouse and their attorney. Here, any disputes about how to handle the divorce will be ironed out and, ideally, a solution negotiated. If disputes are resolved, the spouses’ attorneys prepare a settlement agreement that breaks down the division of marital assets.

If a couple is unable to resolve disputes regarding the divorce, they may be referred to an Early Settlement Panel, whose role it is to support divorce negotiation. If this is still unsuccessful, the couple will have to go to court to settle their divorce. This greatly amplifies the time and expense required to complete the divorce settlement.

To meet with a member of our team today to discuss your divorce process. If you need professional advice please contact our family law attorney Peter Bronzino online, or through our Brick, NJ office at (732) 812-3102. We are here to help you.