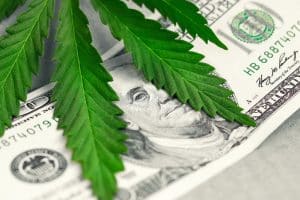 Despite a nationwide push to legalize marijuana for both recreational and medical use, it still remains a controlled substance in New Jersey with penalties for possession and distribution. Consequently, law enforcement conducts frequent raids and arrest that result in detentions of people selling, distributing or possessing marijuana as well as marijuana products.

At the Bronzino law firm LLC, we provide the knowledge and expertise you need to face any marijuana charge. Our legal team has the experience to skillfully defend our clients in Monmouth and Ocean Counties from all manner of drug-related charges. Contact us online or call for a free consultation at (732) 812-3102.

Possession of marijuana with intent to distribute is ruled by N.J.S.A. 2C:35-5, which provides, in pertinent part:

Except as authorized by P.L. 1970, c. 226, it will be against the law for any person intentionally or expressly:

Any person who violates subsection:

Marijuana in a quantity of one ounce or more but less than five pounds including any adulterants or dilutions, or hashish in a quantity of five grams or more but less than one pound including any adulterants or dilutions, faces a crime of the third degree except that, notwithstanding the provisions of subsection b. of N.J.S.A. 2C:43-3, a fine of up to $ 25,000.00 may be imposed.

In addition to the above penalties, there is also the possibility of suspension of ones driver´s license if found guilty of marijuana distribution. The penalties can be even tougher if the crime was committed in a school zone or near a public park.

The medical benefits of marijuana use have been widely accepted by many physicians in the treating of specific illnesses. New Jersey law N.J.A.C. 8:64, also known as The Compassionate Use Medical Marijuana Act (Act), P.L. 2009, c. 307 (approved January 18, 2010) affirms that marijuana has beneficial uses in medical treatments and in the easing pain or other symptoms associated with certain debilitating medical conditions.

N.J.S.A. 24:6I-2.e, establishes a procedure in which patients and their primary caregivers have the option of registering with the Department of Health of the State of New Jersey and allows the possibility of using medicinal marijuana as well as allowing their primary caregivers to aid patients with its use according to directions provided by the patient’s specialist. The law states, as one of the main goals, the protection of patients who use marijuana to lighten their suffering from debilitating medical conditions, and most importantly to protect their doctors and primary caregivers, from arrest and prosecution.

If arrested for selling/ distributing marijuana, you should contact Peter Bronzino and his team of legal professionals. The Criminal Attorneys at Bronzino Law Firm LLC handle clients facing drug charges in Toms River, Brick, Wall, Point Pleasant, Redbank, and across Monmouth and Ocean Counties. Contact us today and let us be part of your process, or feel free to give us a call at (732) 812-3102 to schedule a meeting at one of our conveniently located offices in Brick and Sea Girt.