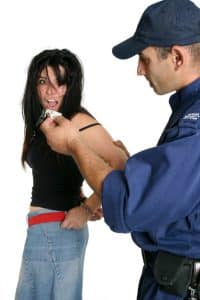 Cocaine is second only to marijuana in overall popularity in the United States and New Jersey. America is by far the world’s largest consumer of cocaine, and New Jersey is no different. Abuse of cocaine and crack are epidemic in New Jersey – and this epidemic fuels criminal activity across the region such as break ins, assault, gang activity, and results in broken homes and broken families.

Possession of Cocaine, technically referred to as Possession of a Controlled Dangerous Substance (CDS), is a Third Degree felony in the State of New Jersey. A person charged with Possession of cocaine (CDS) may face up to five (5) years in New Jersey State Prison although there is a presumption of non-incarceration for first time offenders.

The New Jersey judicial system is swamped with cocaine and other drug crimes cases, and they can be lenient with first time offenders – but also harsh to repeat offenders.

Cocaine possession is one of the most serious drug charges in New Jersey. In fact, New Jersey law prohibits a person from possessing any amount of cocaine. Even if you are found with trace amounts of cocaine on your person, you can be charged with felony cocaine possession. Moreover, the law applies to cocaine in any form, whether it is a powder that is snorted through the nose or “crack” rocks that are smoked. Regardless of the circumstances, it is imperative that you contact a lawyer because the consequences of a conviction are severe.

If you have been arrested for possession of cocaine anywhere in Ocean County, including Lakewood, Brick Township, Seaside Heights, Point Pleasant Beach, Jackson or Stafford, our lawyers can help you through this difficult time and help educate you and your family so that you are making the best decisions for your future. Feel free to contact us at (732) 812-3102 for a charge-free consultation today.

Inhaling cocaine or smoking crack is considered an offense in the state of New Jersey. According to N.J.S.A. 2C:35-10  possession of cocaine, regardless of the amount, is cataloged as a third degree crime, facing and eventually being convicted carries heavy penalties if declared guilty by County Courthouse in Toms River NJ, where most cases are developed. These fines can go up to $35,000 and 5 years in prison, along with a six month driver´s license suspension.

According to legal authorities in New Jersey, there are three different types of drug possession legal fictions, which are:

So, if you are found with cocaine under any of the presented situations, you may be guilty following the N.J.S.A. 2C:35-10 regulations and face fine, prison time, driver´s license revoke, and some other drawbacks.

Cocaine Possession is an Indictable Offense

Cocaine possession is a felony indictable crime so it cannot be dealt with in Asbury Park Municipal Court. Your possession charge will be heard at the Monmouth County Superior Court in Freehold. You will face a fine of up to $35,000 and up to 5 years in prison if you are convicted. A mandatory driver’s license suspension of 6-24 also applies at the time of sentencing.

Penalties for Cocaine Possession across the Jersey Shore

New Jersey law makes possession of less than half an ounce of cocaine a third degree indictable offense. The penalties if convicted include:

Our main purpose is to provide high quality legal services. We have the knowledge to provide our clients with qualified legal representation. We provide services in the areas of Point Pleasant Beach, Pine Beach, Seaside Heights, Normandy Beach, Ocean Gate, Sea Girt, Seaside Park, and nearby areas.  Please contact our firm to set up a free consultation with an attorney today at (732) 812-3102.