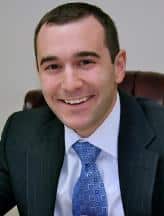 Working Harder to Provide the Results You Need

During law school Mr. Bronzino worked for a high volume personal injury law firm in Philadelphia, he was a research assistant for Professor Kathleen Brady, he worked at a large prominent South Jersey law firm, and he was a judicial extern for the late Honorable Peter B. Scuderi, a United States Magistrate Judge in the Eastern District of Pennsylvania.

Following Villanova Law School, Mr. Bronzino became a judicial law clerk for the Honorable Thomas E. O’Brien, the Presiding Civil Judge in the Ocean County Vicinage of the New Jersey Superior Court. There he sharpened his legal research and writing skills while also learning his way around a courtroom. In 2010, Mr. Bronzino started the Bronzino Law Firm to personally serve his clients throughout the entire State of New Jersey. Upon starting his firm, Peter honed his skills in divorce and family law cases by working closely renowned matrimonial attorney Alan J. Cornblatt, a member of the bar for more than fifty years.

While in private practice, Mr. Bronzino also served as Law Guardian for three years representing the interests of minor children under the care and supervision of the Division of Children Protection and Permanency (DCP&P) (formerly known as DYFS). In addition, he has ben appointed by the court to serve as a Guardian ad Litem for children in the middle of custody battles.

Mr. Bronzino is licensed to practice law in the State of New Jersey and the United States District Court for the District of New Jersey. He serves as an Early Settlement Panelist in Ocean County Family Division, where he volunteers his services assisting those settle their divorce case. He is a proud member of the Jersey Shore Family Law Inns of Court, the Ocean County Bar Association and the New Jersey State Bar Association.