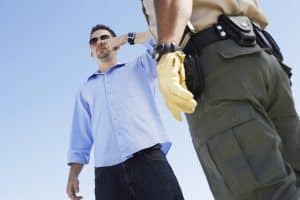 If you have been arrested for a DUI in New Jersey, you are facing severe penalties. Generally, under New Jersey law, there are no plea deals to allow for a lesser sentence or dismissal of DUI cases unless there are proof issues, problems with the machine or testing procedures, or faulty police conduct.

A DUI in New Jersey is a motor vehicle violation and is not considered a criminal offense; however, there are severe consequences if convicted. You may be forced to give up your license and pay various fines, insurance surcharges, and other fees.  If you need a license to get to and from work, a loss of license could mean a loss of your job. Unfortunately, there are no provisional or hardship licenses in New Jersey to allow you to travel to and from work. Financial strain can cause chaos in other areas of your life as well.  Life can be stressful enough between managing work, kids, school, bills, and medical issues, and a DUI can make things much worse.

Getting a DUI/DWI is a serious offense; it´s essential that you know your rights and assemble a plan of action on how you should proceed. It is encouraged that you retain the counsel of a highly skilled DUI/DWI attorney to help you navigate the court system and deliver the optimal result. The Law Offices of Peter Bronzino are here to protect your rights and help you and your family plan for the future. Call us today (732) 812-3102,

Charges for Driving under the Influence in Monmouth County

If an officer believes that you are driving or recently drove a motor vehicle while intoxicated, he will likely require you to perform field sobriety tests.  He will ask you to step out of the car and do specific physical tests on the side of the road to determine if his suspicions are correct.  Some common field sobriety tests include the walk and turn test, the one leg stand test, following the officer’s finger with your eyes (HGN test), and touching your nose with the tip of your finger.

People often fail sobriety testing by not following the officer’s instructions. The instructions being given, and actual test performance are usually captured on video from the police car. Our experienced attorneys will review the video and associated test results to identify if there are any issues that we may use in your defense.  Sometimes, the video does not capture the entire test as the police cruiser is parked in such a way that blocks the view.  The officer must secure your safety while conducting the test and in certain cases, this means that the car will block the video.

Once the suspicion of DUI has been confirmed, the officer will place you in the police cruiser and take you back to the station.  At the station, you will be given the Alcotest, which is the breath test used to detect the blood-alcohol concentration in your system.

Specific policies and procedures must be adhered to while administering the breathalyzer.  A refusal to take the test will not get you out of the DUI.  In fact, not only will you still face charges, but you will be charged with both a DUI and refusal. Mostly, it will be assumed by the court that you drove drunk if you refuse to take the test. The officer must tell you that you cannot ignore and that you will be charged if you refuse. There is a specific refusal form that you must sign indicating that you understand this information.

Fines and Penalties for a First Offense DUI Mansquan NJ

If your blood alcohol concentration is 0.08% or higher but less than 0.10%, you will be subject to certain mandatory fines and penalties.  You will likely lose your license for at least three months and pay a fine between $250 and $400.  You will also be ordered to spend at least twelve hours at a program known as the Intoxicated Driver Resource Center (IDRC).  You can also spend a maximum of 30 days in jail. In addition to the above you will have to pay a $230 Intoxicated Driver Resource Center (IDRC) Fee, $100 to a Drunk Driving Fund, $100 to Alcohol Education and Rehab Fund (AERF), $1,000 per year surcharge for 3 years,  and a $75  Neighborhood Services Fund fee and court costs.

If your blood alcohol concentration is 0.10% or higher or you operate a motor vehicle while under the influence of narcotics, hallucinogenic or habit-producing drug, you will be subject to  a fine between $300 and $500,  12 hours in the IDRC program,  up to 30 days in jail and a mandatory license suspension of 7 months. The license suspension can be up to 1 year depending on the circumstances of the specific case. The same fines explained above also apply.

Besides, you may be ordered to install an ignition interlock device on your vehicle for 6-months to 1-year. The interlock device is required for all offenses that involve a BAC of .15 or higher.  If required to install the device, you will not be able to get your license back until you provide proof to the motor vehicle division that the mechanism has been installed.

If you have had a DUI in another state and that state has similar laws, the offense in New Jersey will be considered a second or subsequent offense.  However, if your first DUI (anywhere) occurred ten years before this offense, you may qualify as a first time offender.

Enlisting the support of a knowledgeable attorney who has represented clients in the municipality where you received the charge is highly advised to ensure a proper defense and protection of your rights. Our attorneys have appeared in Municipalities across Ocean County including Brick, Toms River, Point Pleasant, Seaside, Jackson, and many more.

The attorneys at The Bronzino Law Firm have represented clients accused of DUI/DWI, and traffic matters across most municipalities in both Ocean and Monmouth Counties. Our familiarity with local courts, prosecutors and judges help us guide you in assembling an optimal strategy and determine the best course of action no matter the charges or allegations against you. If necessary, we are prepared to be your tenacious advocate at trial, but also pride ourselves on quality negotiation techniques if a plea agreement is your the option for you.

Please feel free to call our offices today at (732) 812-3102 to speak with one of our attorneys in a free and confidential consultation, or fill out a contact form to schedule an appointment.