Gaslighting and How to Recognize it is Happening

Learn more about what gaslighting is and how it may show up in a relationship, even after the relationship is over.

When a relationship ends because it has moved from healthy to toxic, an ex can act in any number of ways. In some cases, they can engage in a form of psychological manipulation known as gaslighting. This subtle form of abuse was named after a mid-19th century movie called Gaslight, in which a husband used mental trickery to convince his wife that she was crazy and could not trust herself in order to cover up his own criminal activity. Someone who is consciously or subconsciously gaslighting another warps their reality, invoking such feelings as self-doubt, shame, and fear. Gaslighting can come in many forms. Read on to learn more about what gaslighting is and how it may show up in a relationship, even after the relationship is over. 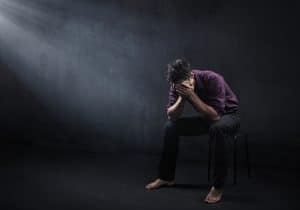 This leap into the role of victim that gaslighters do often to instill a sense of shame in their victims.  Remember that in order to receive true generosity, you must first seek it in yourself and give yourself the love you crave. Seek the support of a therapist and engage in practices such as yoga, mindfulness meditation, and rest to 528Hz binaural beats to begin to attune to your true nature, which is love, needing no one outside of you to be whole.

If you are not careful, and your ex is manipulative and persistent in their accusations, you could believe what they say regardless of the truth. This is especially the case when an ex blames you for subjective faults, such as the way you treat them. Their poor experience of the way you treat them does not mean you are at fault for your behavior and ‘should’ change anything. In some cases, gaslighting through projection will even take the form of serious reality-distortion, in which your ex’s insistence that you have acted a certain way or done a certain thing – though it has not actually happened – convinces an emotionally vulnerable person they indeed have committed the alleged ‘offense.’

At Bronzino Law Firm, our divorce attorneys are experienced in supporting separating partners in Wall, Sea Girt, Pt Pleasant, Brick, Toms River, and across the Jersey Shore. in all divorce and custody matters.

Our direct approach handles communication with all involved parties and facilitates clear exchange, so our clients can focus on moving on without manipulation or drama from their past.

To speak with our firm today regarding your divorce. Contact us to schedule your free consultation: 732-812-3102 or contact us online or through either our Brick, NJ office, or our Sea Girt, NJ offices.