Under the New Jersey Credit Card Fraud Act, it is an offense to commit an act of credit card fraud.  A person can be found guilty of credit card fraud if it is proven that he committed a prohibited act under this statute.  Common offenses covered under the Act and the consequences are outlined below. 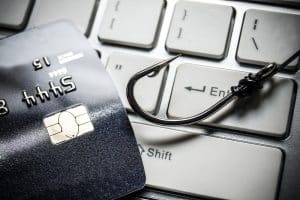 The law that covers credit card fraud is known as N.J.S.A. 2C:21-6.  Under this section of the law, it is an offense to:

The above terms, while seemingly simple, encompass a variety of actions and situations in which a person can be criminally charged.  The statute and actions covered under the law are complex and require careful analysis by knowledgeable attorneys. Similarly, it is important that the person charged understands what each subsection means and the consequences if convicted.

Under this section, it is a crime to make a false statement “directly or indirectly” to obtain or procure another to issue a credit card.  Many people erroneously think that as long as they do not say anything aloud, they cannot be found guilty of the offense. This is not only incorrect, but it is also contrary to most facts established or alleged in credit card fraud cases.

For example, a common scenario involves facts in which a person never makes a verbal statement and simply tries to open a line of credit by written application.  For example, Jake Jones goes into Best Buy and approaches the customer service counter. He obtains a credit card application and begins to fill it out. Under the section entitled “name” he writes Mike Jansen and continues to fill in the social security number belonging to Mr. Jansen (whom he does not know).  He completes the application by signing off as Mr. Jansen. Thereafter, he is approved for the card and purchases an iPad. Clearly, Jake had no permission from Mr. Jansen to obtain a credit card in his name or to purchase anything. 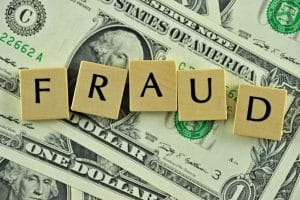 As such, if proven, Jake will be guilty of making a false statement because he filled out the credit application knowing he had no permission to do so.  Further, he enticed the store into giving him a credit card in exchange for goods, namely, the iPad. Jake essentially committed two crimes because he obtained a card he was not entitled to and therefore 1) made a false statement to obtain a credit card and (fourth-degree crime) and 2) fraudulently used a credit card to obtain goods or services (third-degree crime).

Fraudulent use of a credit card

As noted above, under the Act, it is a crime to fraudulently use a credit card.  This section makes it a third-degree crime to use a credit card that you had no right to use. It is also an offense to obtain goods from someone by using a credit card or information belonging to another.

The offense Jake committed in the example above is the fraudulent use of a credit card.  However, this can also happen in a more familiar fashion in that a person may use a card belonging to someone they know but, without their permission.  Sometimes this happens with parents and their adult children. The child takes the card belonging to the parent and charges an item without the cardholder’s consent.  As a result, the parent owes the money for the purchase, and the store is owed money for the product wrongfully obtained by the purchaser. The adult child that took the card will also likely be charged with credit card theft.

Credit card theft can happen in many ways. A simple example occurs when a person takes another person’s card without permission and has it in his possession or by finding a card that has been lost, mislaid, or stolen, and using it.  Another way theft is committed is when a person has in his possession cards issued in the name of another person but the card was fraudulently made. Some people sell fake credit cards knowing that the person it was issued to or the issuer never authorized the card to be made. The people who sell the cards and receive the cards can both be charged with credit card fraud.  In most circumstances, the crime charged is a fourth-degree. 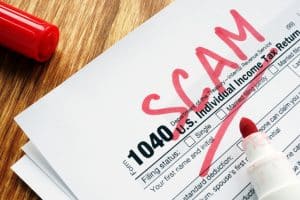 If you have been charged with the crime of credit card fraud there are dire consequences that may befall you if convicted.  Most often, the charges are third and fourth degree. For a third-degree crime, you can go to state prison for 3-5 years, even if you did not obtain anything of any monetary value.  For a fourth-degree crime, you may spend between 12 and 18 months behind bars. Additionally, there are fines and penalties that will be issued and you will have a criminal record.

Due to the complexity of credit card fraud cases and the consequences a person faces if convicted, it is important to retain an experienced attorney.  The attorneys in our office know what to look for and how to apply the facts to provide possible defenses. Contact our office today to schedule an appointment.

If you or someone you love has been accused of credit card fraud. Contact a credit card fraud defense attorney from Peter J. Bronzino Law Firm. He has the experience and skills to help you get the best possible outcome in your personal case. You may contact us by calling (732) 812-3102 or fill out our online form.