Advocating for Clients with Harassment Charges in Ocean and Monmouth County, NJ 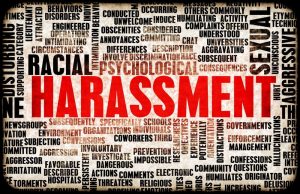 In New Jersey, there are clear guidelines to what constitutes safe behavior and what type of behavior is abusive, offensive, and otherwise inappropriate. Harassment is one such behavior that is viewed as unacceptable according to New Jersey law. When accused of harassment, you first need to know what constitutes harassment, what penalties exist for the charge, and how you may be able to defend against these serious criminal charges in New Jersey. While these charges may be filed as petty disorderly offenses, essentially misdemeanors, depending on the surrounding circumstances, don’t assume they’re minor. If you are convicted, you might face up to 30 days in jail. In more extreme cases in which you were already on parole or probation, you may be charged with a fourth degree crime and punished with up to 18 months in prison.

If you’ve been charged with harassment, contact the Bronzino Law Firm, LLC for answers and solid legal representation. Our team of criminal defense lawyers have handled numerous cases for clients in Barnegat, Toms River, Wall, Sea Bright, Freehold, Colts Neck, Little Egg Harbor, Manchester, Point Pleasant, and throughout Monmouth and Ocean County. Contact us right away to discuss your case with Peter Bronzino or one of our other criminal lawyers. You can reach us by calling (732) 812-3102 for a free confidential consultation.

According to N.J.S.A. 2C:33-4, harassment is the act of making a communication, or causing a communication to be made, that occurs anonymously, at “extremely inconvenient hours,” in “offensively coarse language,” or in any other way that causes the recipient alarm or offense. In order to prove harassment under New Jersey law, the prosecution must prove that the offender intended to cause harm and created major alarm or disturbance, not simply minor annoyance.

Harassment includes offensive or obscene language that causes serious disturbance, such as insults or jokes regarding someone’s physical or mental characteristics or capacities. Additionally, drawings or graffiti that carry offensive language or images could be considered harassment in the eyes of the law if they are sent with intent to cause alarm. And language that represents pressure to engage in sexual acts or favors can warrant a harassment charge. Any threatening but non-violent verbal behavior, particularly one that is repeated, has the potential of being cause for a harassment allegation.

Criminal Classification and Penalties for Harassment under 2C:33-4

If the person is charged with harassment while they are currently on parole or probation for a prior offense, the act leads to a fourth degree charge, which moves the classification from misdemeanor crime to felony crime. Penalties for a fourth degree harassment charge are up to a year and a half in jail and up to $10,000 in fines.

The most common and successful defenses for a harassment charge in New Jersey involve demonstrating that the action or communication would not be considered offensive or destructive to a reasonable adult, or showing lack of intent, which is a key element of the offense. Because harassment must be considered a significant disturbance, proving that the act at hand was not significant could solidify a defense for the accused. Additionally, a defense can be mounted against a harassment charge if it can be proven that the perceived offensive actions were not intended to cause alarm.

Restraining Orders Based on Harassment in Monmouth, NJ 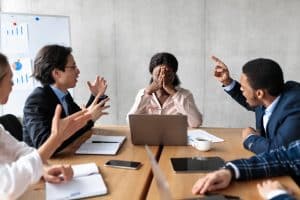 Harassment is a petty disorderly persons offense that will be tried in Municipal Court. However, if the harassment involves a family member, partner, former partner, parent of the same child, or household member, a restraining order case can occur at the Family Court level in addition to the case for the criminal offense at the municipal level.

Contact Wall NJ Harassment Lawyer for Help with Your Defense

If you have been charged with harassment in Middletown, Freehold, Marlboro, Lavallette, Berkeley Township, Red Bank, Lacey, or elsewhere in Monmouth, or Ocean County, contact a criminal defense lawyer at our local firm as soon as possible to discuss the best strategy to contest the accusations. Our harassment attorneys can thoroughly examine your case and defend you against harassment charges being handled at the Municipal Court where the charges were filed, or the Superior Court in the county in cases involving fourth degree harassment charges or restraining orders.

Call Attorney Peter Bronzino at our offices in Brick and Sea Girt to receive or schedule your free initial consultation. You may also fill out our intake form and we will respond as soon as possible.