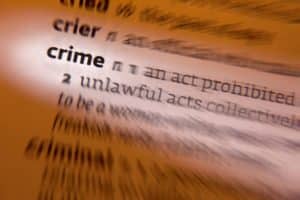 An indictable offense in New Jersey is equivalent to a felony. These are more serious crimes which range in degree from first degree, second degree, third degree, to fourth degree. Any indictable crime in New Jersey has a potential prison sentence attached, with fourth degree charges having the shortest at 18 months, and first degree charges carrying at least 10 to 20 years, if not more in some cases. If you have been charged with a felony in New Jersey, the need for an experienced and aggressive criminal defense attorney cannot be overstated. Immediately at your arrest and charges being filed, at this stage, an attorney is highly beneficial. Your advocate can walk you through the entire criminal legal process to come, defending your rights at every turn and ensuring that you can understand and pursue all of the best defenses options available to you. Depending on the situation, a skilled criminal lawyer may be able to sway the prosecutor to lower the charges or determine an approach to ultimately obtain a dismissal of the case. They may also enter plea negotiations, bargaining a guilty plea for lesser charges or help you apply and be admitted into a diversionary program.

At the outset, engaging with a criminal defense attorney opens doors you may not have known were even there for you. Attorney Peter J. Bronzino and the legal team at The Bronzino Law Firm, conveniently located in Brick and Sea Girt, New Jersey, fully understand the gravity of the situation when you have been charged with a serious indictable offense. We know how stressful these situations can be, and we are dedicated to providing highly attentive, effective, and knowledgeable legal counsel to each of our clients throughout the Monmouth and Ocean County area.

Call our office today at (732) 812-3102 to discuss your unique needs, concerns, and situation regarding any kind of criminal law matter in a free a confidential consultation.

Process of a Criminal Case in New Jersey

When You are First Arrested for a Felony in Ocean County

After arrest for an indictable crime, if you are not processed and released on your own recognizance, your first court appearance typically occurs within two days. At the initial hearing, the judge sets your pretrial conditions. You may be released until your next hearing date or ordered to stay in jail until your trial, the latter more likely for more serious crimes, unless the judge releases you if they deem you are likely to return to court. Even without arrest, you may be summoned to court on a specific date for your first appearance. After the initial hearing, the prosecutor evaluates the strength or weakness of their case, considering the evidence. Is the proof mostly circumstantial, or are the witnesses to the violation unreliable? A prosecutor may consider charging you for lesser offenses or dismiss the case.

When a person is charged with an indictable offense, the case does not automatically go to trial. Rather, the case must first be presented to a grand jury for indictment. Even before this happens, there is a pre-indictment conference where your attorney is provided with some of the discovery and has the opportunity to discuss the case with the prosecution. You have multiple options at this point in time, such as accepting the initial plea offer, negotiating for a better plea agreement, or applying for a diversionary program such as Pre-Trial Intervention (PTI).

If your record is clear of other convictions, you may be eligible for the superior court Pre-Trial Intervention program (PTI). Your attorney can help you into the program by confirming your eligibility, discussing, and compellingly presenting your qualifications as a likely successful graduate of the program. The prosecutor and the court wants to know that you will benefit from the program’s resources, counseling, intermittent drug testing, and supervision. Once in the program, you must maintain employment and submit to probation officer visits, as well as other requirements of a plan developed for you to rehabilitate and reenter society without a further conviction on your record.

Depending on what occurs in the pre-indictment stage, the prosecutor may ultimately present the case to the grand jury. In the absence of a plea bargain resolution, downgrading the charges to a lesser offense, or a court diversion, a prosecutor satisfied that the case can go forward on the evidence turns the evidence over to a 23-member grand jury for indictment. Those charged with indictable crimes must have the evidence against them weighed by a grand jury to determine whether the prosecutor’s reports, witness statements, and other evidence support the criminal charges. If the evidence is flimsy, the grand jury can decide that the prosecutor’s case is unsupported. Conversely, they can determine the evidence does support the criminal charges and should go forward. If the case continues, your formal guilty or not guilty plea is given to the judge in court within two weeks of an indictment.

If the grand jury issues an indictment, then the case can move forward for pretrial conferences and eventually, a trial. The pre-trial process also involves what is known as a pretrial status conference. The pretrial conference is a formal proceeding where your attorney and the opposing prosecutor will meet, and your attorney will let the judge know whether you still want the case to go to trial. Depending on the facts of the case and the strength of the evidence, some may wish to enter a plea and avoid trial. On the other hand, your attorney can examine all of the facts and evidence in your case, from the investigation stage, to your arrest, evidence collection and maintenance, police and legal procedure, and more to find any and all available defenses that may be used to have your charges dismissed during pre-trial motions or by litigating the case at trial.

Will I Go to Jail for an Indictable Crime in NJ?

Depending on the outcome of that trial, the defendant could be subject to severe penalties that may include prison time. The exact range of penalties, including the minimum and maximum terms of imprisonment, are set forth in the criminal code, and they are determined by the degree of the charges. Since only felony-level offenses may be heard at the superior court level, all of these types of charges are classified as either first degree, second degree, third degree, or fourth degree crimes. Any charge below fourth degree is considered a disorderly persons offense, and those charges are handled at the municipal court level.

Presumptions of Incarceration for NJ Felonies

Many criminal matters are resolved without the defendant being sentenced to jail or prison. That’s because a lot of criminal charges carry what is known as a presumption of non-incarceration. Basically, these are less serious criminal charges that state lawmakers have determined should not, in most cases, result in the offender needing to serve jail time.

By contrast, when a charge carries a presumption of incarceration, this means that the judge usually must sentence the offender to prison time. Some serious crimes also come with a mandatory period of parole ineligibility if there is a conviction or guilty plea. If a charge has a presumption of incarceration, then even a first-time offender will be faced with a prison sentence. Moreover, certain felonies by law, can limit the ability of prosecutors to offer plea deals because the judge may still have to sentence the defendant to prison based on overarching statutory requirements.

Generally speaking, any crime that is either a second degree felony or a first degree felony has a presumption of incarceration. Additionally, under the Graves Act, certain gun crimes also require a minimum mandatory term of incarceration for anyone who is convicted or who pleads guilty. Other charges under the No Early Release Act require 85 percent of the sentence to be served before reaching parole eligibility. These are just some of the unique and harsh considerations to take into account when you have been accused of an indictable offense in New Jersey.

Speak to a Criminal Defense Lawyer with Offices in Brick, NJ

The best way to get guidance on your specific indictable felony charges is to contact a criminal defense lawyer who knows how to handle these cases. To speak with a criminal attorney who can further assist you, call our office today at (732) 812-3102. Our law firm represents clients throughout the Ocean County and Monmouth County area. We are happy to provide you with a free, confidential consultation so please contact us today.