How Important Is it to Hire a Good Lawyer in Divorce Mediation?

The following case story will show you how important it is always, but especially in divorce, to have a good lawyer who ensures that all the documents in a divorce are consistent with each other. 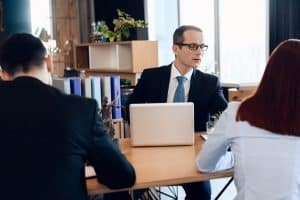 This story has to do with a mediated divorce, one with a Memorandum of Understanding (MOU) generated by a divorce mediator. In a mediated divorce, each spouse takes the MOU to their individual divorce attorney to review it, to explain all aspects of the MOU, and to discern whether or not it is a fair and equitable agreement. When that part of the process is settled, an attorney then drafts the official divorce settlement.

What if the MOU is not consistent with the divorce settlement?

This story will reveal why you should work with an attorney who specializes in divorce.

Let’s call the case David vs. Marie. They had three children and a long history of marital difficulties. In 2010 they went to a divorce mediator, who wrote up an MOU that contained certain agreements they had reached during mediation. Then they executed a Settlement Agreement and attached the MOU to it as an exhibit. David and Marie then proceeded with the divorce without representation by counsel, and a final judgment of divorce was handed down in 2011.

The MOU stated that the terms described within it would not bind the parties until it was incorporated into a settlement agreement prepared by attorneys and signed by both parties. Regarding alimony, the MOU stated that David would pay Marie permanent alimony of $100 per week. It also stated that the alimony would terminate upon either party’s death or Marie’s remarriage.

Settlement Agreement and the Memorandum of Understanding

David appealed the decision. He recognized that the MOU did not include the qualifying event (emancipation of the child) and that it stated only that alimony would be paid permanently. But he argued that “the Settlement Agreement, a subsequent and more comprehensive document than the MOU, does NOT state that alimony is permanent and had additional alimony termination language—that alimony would terminate upon emancipation of the child.”  He stated that the Settlement Agreement’s language took precedence over the MOU’s.

Marie responded by stating that the MOU was incorporated into the Settlement Agreement and that the Agreement should not be regarded as a stand-alone, separate document. She argued that she had specifically requested permanent alimony to be in her divorce agreement, and the subsequent MOU reflected that intention. 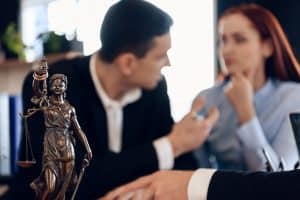 In its review, the Appellate Division cited the basic principles of contract law. First, the anchor of contract interpretation is each of the parties “as revealed by the language used, taken as an entirety.” A contract is therefore ambiguous if there is more than one way for it to be reasonably interpreted. In this case, because of the two different documents and two different interpretations, the Appellate Division found that simply examining the language of the two documents would not reveal the intent of the parties.

The Appellate Division held that it was necessary to examine whether additional negotiations took place after the mediation that may have led to an agreement for the termination of alimony. Without this, it ruled, it was incorrect to hold that the parties intended the alimony to be permanent.

The Appellate Division said it was not able to determine the parties’ intent and remanded the case for further proceedings focused on whether the parties, in fact, engaged in additional alimony negotiations after the initial mediation.

That is the outcome so far. You can see that a good attorney, writing documents consistent with each other, could have saved both David and Marie a lot of time spent in court and money spent on attorneys to represent them in court.

At Bronzino Law Firm, our divorce attorneys are experienced in providing our clients across Point Pleasant, Brick, Wall, Sea Girt, Spring Lake, and the greater Ocean and Monmouth County Areas the necessary support to ensure a fair divorce settlement.

Don’t leave yourself open to these sorts of difficulties and expenses. Instead, consult the divorce experts at Bronzino Law. Please fill out the online form or call us at  (732) 812-3102 to learn more about your legal options.