Why Should My Divorce Agreement include a COLA clause?

Child support payments are based on each parent’s current income, earning potential, housing situation, and of course, the child’s specific financial needs.

Can a Child Support Order be Modified? 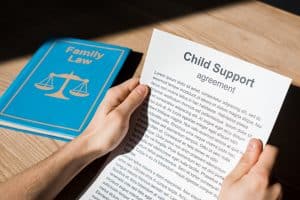 Child support payments are based on each parent’s current income, earning potential, housing situation, and of course, the child’s specific financial needs. But since situations can change at a moment’s notice — such as job loss or even a promotion — child support modification is always an option. You and your child’s other parent may agree to modify the child support terms. Still, a judge must approve even an agreed-upon modification for child support to be legally enforceable.

If you and your ex cannot agree on a change, you must request the court to hold a hearing in which each of you can argue the pros and cons of the proposed modification. Generally, the court will not modify an existing order unless the parent proposing the modification can show a change of circumstances. This rule helps prevent the court from becoming overburdened with frequent and repetitive modification requests.

Examples of the types of changes that frequently support modification orders are:

If there is an agreement on the part of the judge that the changed circumstances have been proven, the other parent will be required to provide financial information to the court, and then the judge will review the available facts in the case and come to a decision on the modification request. After that, the judge issued an order that will take into account the same factors that were taken into account when the child support award was initially made.

What is a COLA clause? 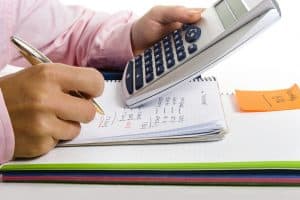 A Cost of Living Adjustment (COLA) clause makes it, so the child support payments change each year according to the increase or decrease of the annual cost of living. This amount is normally determined by an economic indicator, like the Consumer Price Index. If a COLA clause is included in your child support order, you need not go before a judge to modify the payment amount based on an increase or decrease in living cost.

A Cost of Living Adjustment clause intends to increase support (spousal or child) as the costs of living rise without making a motion to the court for future increases (post-divorce modification). Without such a clause, a party receiving maintenance must make a motion for an increase in payment to balance his or her growing financial needs. However, having a COLA clause does not take away a party’s right to make a motion for modification of the maintenance agreement due to a change in circumstances.

Even if the divorcing couple includes a Cost of Living Adjustment clause in their maintenance agreement, the court may not approve it. The court has the discretion to deny a COLA provision in a marital dissolution if the agreement fails to meet, or meets, certain criteria. Some conditions may include if the agreement already contains incremental increases in payment over a specified period of time. If the parties have voluntarily waived the Cost of Living Adjustment option or the court determines that, based on the party’s income, an increase in payments would not be feasible.

Why Should My Divorce Agreement include a COLA clause?

In a recent child support case, a NJ court judge determined that the passage of time does not necessarily mandate an increase in child support.  What that means is that without a previous agreement, going back to court to request a custody modification based on the time that has passed, be it 2 years or 10, does not guarantee an increase. Having a COLA clause means your child is provided with financial support that fluctuates with the cost of living.

If the party making support payments has a reduction in his or her income, it is possible to file a motion with the court to reduce the number of support payments and modify the original maintenance/child support agreement. Also, if the original agreement did not include a limit to the COLA increases, the limit may be either monetary or a period of time.

If a party fails to pay child support, this does not automatically suspend the Cost of Living Adjustment increase. The two are separate issues. If a party cannot pay the COLA increase due to a change in circumstances, he or she will have to petition the court to reduce the number of payments or modify the agreement. Similarly, if child support payments are not being paid, the party not receiving the payments will have to file a claim in court for failure to pay the Cost of Living Adjustment increase and failure to pay child support. For any questions regarding this procedure, seek an attorney in your jurisdiction.

A COLA clause is not a cure for child support disputes; however, it does provide divorcing couples with a set of guidelines that will allow their support payments to change based on changing economic times.  If you are interested in creating a support agreement or need help filing for divorce, our family law attorneys have the knowledge and experience you need now.

We can create a plan tailor-made to your unique family law needs.  Call The Bronzino Law Firm, LLC, and feel free to contact us at (732) 812- 3102 or fill our online form, and we´ll get in touch with you shortly.