Are Prenuptial Agreements Becoming a Trend in NJ?

Redefining the Use of Prenuptial Agreements in Freehold and Toms River, NJ

Different from the past, more younger couples opt for a prenuptial agreement to cover aspects like student debt and other up-to-date topics. 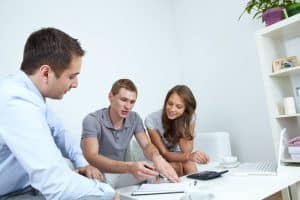 In New Jersey, as in all of the United States, marriage is a court-enforced union that brings many benefits and conditions to a couple’s legal and financial life. When a couple splits, however, the process of dividing their assets is a matter that must be settled, either by a couple or by the courts. New Jersey is a state that follows the equitable distribution model in divorce: when a couple legally dissolves the union, marital assets are distributed based on considerations the Superior Court: Family Part reviews, if the couple cannot come to a settlement agreement with the help of their own legal counsel or mediators. Assets obtained or developed while the couple is married are legal property of both parties, and if the spouses divorce, each has a fair claim to the assets, including savings, properties, valuables, and investments.

Because marriage is such a binding reality, and in this day and age, more and more young professionals are deciding to get married and bringing in assets of their own, many couples are choosing to develop prenuptial agreements to protect personal assets and prior investments in the case that the union dissolves.

Read on to learn more about the uptick in prenuptial agreements and why it is important to hire a family lawyer to help you with your prenup.

Prenups on the Rise Among Millennials

A prenuptial agreement is a legal document that outlines each individual’s rights and outlines specific conditions and controls, should the marriage be legally dissolved due to divorce or even death. Couples entering into prenuptial agreements generally outline such elements as distribution of particular assets and spousal support or alimony rights.

Many believe that only very wealthy couples enter into prenuptial agreements, or that signing a prenup means that the marriage is fated to fail. Neither of these is true. In fact, Business Insider reports that no evidence exists that couples who have a prenuptial agreement have a higher divorce rate than those who don’t. As more and more millennials are getting married, many of whom have established professional careers and a sense of independence that lends itself to forming a prenuptial agreement to protect one’s own assets in the long term, a more diverse subset of people in New Jersey include prenups in their marital preparations.

According to the American Academy of Matrimonial Lawyers, more millennials are requesting prenuptial agreements. The study notes that later marriage and student loan debt play a role in the decision to sign a prenup. Over 60 percent of lawyers polled noted a rise in the number of prenuptial agreements among this population. And CNBC reported that prenuptial agreements have skyrocketed in the past two decades to five times their prior rate.

Common Reasons to Draft a Prenup in NJ 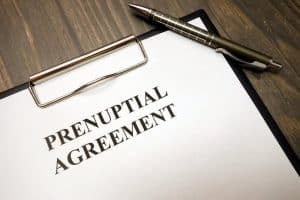 As noted above, many millennials are interested in protecting their assets, as they are developing their professional lives and marrying later than prior generations. Other common reasons that a couple would elect to enter into a prenuptial agreements to protect a business or joint venture in the case of a divorce and to protect dependents such as children. In order to prevent assets from being equitably distributed in a divorce in a manner that does not suit the couple, they may determine how certain assets would be distributed, allowing them to rest at ease that those assets are protected in the future.

Profile of Couples Getting Prenups

Having an experienced family law attorney on your side to help you draft a prenuptial agreement is an essential asset. New Jersey marital law is binding and the state’s equitable distribution model ensures a fair separation that may not suit the needs of each spouse in a relationship in the case of divorce. Having clear expectations and agreements about the agreed-upon distribution of assets and potentially spousal support, as well as other factors, is important when the couple is on the same page and seeing eye to eye. An experienced lawyer knows nuances of asset distribution that a couple entering into marriage will likely not have any idea about, and as such, their perspective is invaluable.

Are you entering into a marriage in New Jersey and want to protect your assets, as well as protect yourself from taking on your partner’s debts? Our family law team at Bronzino Law can help. We have successfully supported hundreds of clients in drafting a comprehensive and tight prenuptial agreement in Monmouth Beach, Red Bank, Rumson, Sea Bright, Bayhead, Long Beach Township, and other towns along the Jersey Shore. Contact us at (732) 812-3102 for a free consultation to discuss your marriage preparation today.