The Importance of Pre-Nuptial Agreements and Full Financial Disclosure

As couples wait longer to get married, each person in the relationship has established their own income and assets singularly. 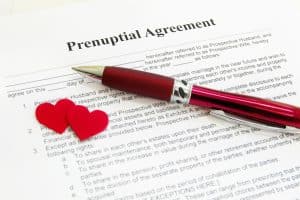 Frequently, a prenuptial agreement is put in place to protect those assets obtained individually before the marriage.  Historically, prenups were usually seen as a way for wealthy people to protect themselves from “gold diggers,” but they are relevant to a much broader population in reality. Another common misconception is that prenups are divisive. In truth, they present an opportunity to understand each other’s financial expectations and give the marriage a healthy start. Conversely, settling financial arrangements after a relationship has soured can be an acrimonious and expensive proposition. A prenuptial agreement can ease the monetary stress that weighs on many marriages because it makes the financial future certain even if the marriage is not.

Why Do You Need A Prenuptial Agreement?

Often, a prospective spouse plans to sacrifice education, job training, or a promising or established career in the marriage and family’s furtherance. If you plan to make such a sacrifice, a prenuptial agreement can help you safeguard your financial future. If you have family property, you wish to keep separate; this can be accomplished with a prenup. If you are entering into a second or third marriage or marriage later in life, you likely have hard-earned assets (e.g., a professional practice) and children to protect. A premarital agreement can protect those assets and set aside property for your children.

When a marriage ends in divorce, property acquired during the marriage (“marital property”) and even some property acquired before the marriage (“separate property”) will be divided equally or equitably, depending on state family law statutes. When a married person dies, most states give the surviving spouse one-third to one-half of the estate, even if they will say otherwise. However, the terms of a valid prenuptial agreement usually supersede the state divorce and estate laws.

Are All Prenups Enforceable When One Spouse Dies?

Typically, yes, they are.  In a recent decision In the Matter of the Estate of James J. Gillette, the enforcement of a prenuptial agreement upon the husband’s death is addressed when the wife sought to invalidate the agreement to claim her elective share from his estate instead of the terms of the agreement.  The case tells us that the rules for prenuptial agreement enforcement upon a spouse’s death are the same as they would be in the event of divorce.

In this case, the parties entered into a prenuptial agreement on August 29, 2013, before their marriage in November 2013.  Both parties had independent counsel.  They affixed their full financial disclosure schedules to the prenuptial agreement and acknowledged within the document they had time to review the agreement with their respective counsel.  The parties agreed to share in certain assets, keep premarital assets separate, and waive their right to an elective share of the other spouse’s estate. 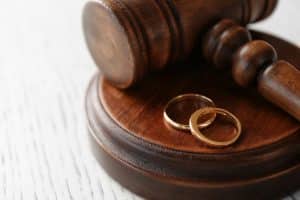 The husband passed away on April 21, 2017.  The wife received the proper notice of probate on May 11, 2017.  She had six months to seek to enforce her elective share. However, she did not file a complaint until July 12, 2018 – fourteen months after the probate notice.  As part of her complaint, the wife sought to invalidate the prenuptial agreement, claiming that the husband did not provide full financial disclosure.  This is the key to the entire case.

The wife claimed that she was never provided full disclosure of her husband’s earnings, property, assets, and financial obligations and did not benefit from independent counsel at the time of the signing of the prenuptial agreement.

However, it was found that not only did she have an attorney, but both of their signatures are on the financial records of her soon-to-be spouse.  The financial statement identified a list of assets with approximate values. His disclosure was complete and accepted by her. The wife had the benefit of the husband’s financial statement attached. The wife acknowledged that she read and understood the agreement within the agreement and had the necessary time to discuss the same with counsel to the agreement.

Do You Want To Know More? Reach out to a Monmouth and Ocean County PreNup Attorney

If you have questions about prenuptial or civil union agreements or need assistance in negotiating a prenuptial agreement under New Jersey law, at the Bronzino Law Firm, attorneys are prepared to guide you every step of the way. While no one enters into a marriage thinking of its end, our lawyers know that a divorce or death can have far-ranging effects on our clients’ lives. We work diligently to ensure that our clients take the right steps to plan and avoid costly, extended, and unpleasant litigation.