Though not a common occurrence, errors by judges overseeing Domestic Violence trials do occur, such a mistake recently resulted in an appellate court overturning the Superior Court: Family Part ruling in a domestic violence case.

The importance of having a skilled and experienced criminal defense attorney can’t be overstated. The minute details that go into the argument of a trial and the expertise required to note the strategies and errors of the opposing party’s attorney and even the court can mean the difference between a trial won and a trial lost – or an opportunity for appeal missed.

In the Superior Court case, the son, J.F., presented testimony that his mother had followed his wife when she left her house and that his mother had stationed her car outside of their house for many hours at a time on various occasions. This testimony lent itself toward a ruling for the issuance of a FRO.

However, proper court procedure was not followed by the judge. In fact, there were multiple failures by the judge to adhere to procedural justice. For example, the judge did not inform either party of their legal right to cross-examine the opposing party. Cross-examination is considered “the ‘greatest legal engine ever invented for the discovery of truth,’” a statement made famous in California v. Green, 399 U.S. 149, 158 (1970). This absence of essential process in itself warranted reversal of the lower court’s ruling and remand of a new Superior Court trial. 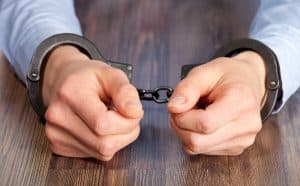 The Court: The Court has accepted —

L.F.: I never followed his wife.

Given that she had not been allowed to enter this evidence before the ruling was made and speak to her son’s record. Therefore a potential lack of credibility, she was denied due process under New Jersey law. All defendants have the right to exhaust all questions and enter all defense before a ruling is made.

It is often the case that in a Superior Court trial, the judge has some management to do, and therefore may take procedure a bit into their own hands. As the appellate judge noted in Franklin v. Sloskey, “[w]e understand that in a pro se trial a judge often has to focus the testimony and take over the questioning of the parties and witnesses. However, this should be done in an orderly and predictable fashion and not at the expense of the parties’ due process rights.” 385 N.J. Super. 534, 543 (App. Div. 2006)

The Appeals Courts of New Jersey and the United States are established to ensure that justice has been served at all levels and stages of the trial process. Of course, it is essential to have the support of a quality lawyer working on your behalf. Yet, the Court itself is responsible for ensuring that your legal rights are clarified and carried out, whether you are the defendant or the plaintiff.

To schedule a consultation with a member of our experienced team regarding your case, please visit our online form or call us at  (732) 812-3102 to learn more about your options.