Can a parent be penalized for breaking a parenting time agreement?

As part of the divorce proceedings, a couple with children will prepare for a custody hearing to legally determine whether the couple will share custody, or whether one parent will have sole custody.

What is the difference between physical and legal custody?

Parents with legal custody can make legal decisions on behalf of their children, such as medical decisions and schooling matters. If parents have joint legal custody, both can legally weigh in on those matters that impact the child. If there is a major difference of opinion, the agreement is set up so that the courts can resolve the matter. A parent with physical custody means that the child lives with them. Parents who have joint physical custody share the time living with their child either through nesting, in which the child lives in the marital home, and the parents switch off; or the child moves to the homes of either parent during the set time.

What is a parenting time plan in a New Jersey custody agreement?

A child custody arrangement is set up in the best interests of the child. In New Jersey, regardless of the amount of time a parent spends with their child as outlined in a shared custody agreement, whether or not they are the custodial (live-in) parent or the non-custodial parent, the court system refers to this time as “parenting time.” Co-parents can structure this time in any way that works for them. Examples of parenting time shared custody arrangements include

Are time frames each parent has custodial rights written into the custody agreement?

In the case of both joint physical and joint legal custody agreements, there are clauses written in that determine the amount of time each parent has with the child. This could be laid out as a schedule in addition to a percentage time frame. Because a custody agreement is a legally binding, each parent by law must abide by the time constraints ordered by the court.

Can a parent be penalized for breaking a New Jersey Parenting Plan? 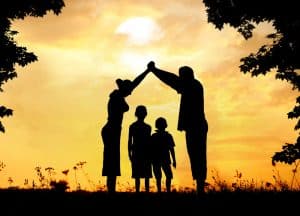 If either parent strays from the court-ordered schedule, they are legally in breach of the law and can be penalized. This could play out in civil court or criminal court depending on the conditions of the breach. If the deviance from the court order is severe, such as removal of the child from the home and travel to an undisclosed location or a location outside of New Jersey, the parent could be arrested for kidnapping and face criminal charges.

If one parent is in breach of the parenting time schedule built into the custody agreement, the other parent has the legal right to request enforcement of the current custodial order from the New Jersey court. In addition to determining whether civil or criminal legal action needs to be taken out against the law-breaking parent, the court may also rule that the petitioning parent receives some sort of compensation for the time lost with their child, which may temporarily shift the legally mandated parenting time schedule.

Having the support of an experienced New Jersey divorce attorney during the process of negotiating the parenting time schedule with one’s ex and their legal team, as well as in the case of a breach of the agreement, is important to ensure that your rights and the wellbeing of your child are met.

Seasoned Custody Attorney protecting the rights of you and your children

Our direct approach ensures that the best interests of the child and the rights of our parent clients are met in compatible ways.

To speak with our firm today regarding your shared custodial agreement,  please contact us online or through our Brick offices at (732) 812-3102.