Many couples dream of having a family, but unfortunately, it isn’t always possible without medical intervention.

Single women, lesbian couples, or couples where the male partner is infertile seek alternative ways to get pregnant, and they all require a sperm donor. Recent technological advances have made what seemed to be science fiction a few decades ago a viable and reasonably common solution to establishing a family. In response to the ever-changing reproductive panorama, New Jersey legislators have had to run to catch up with the changing times, creating laws to protect parents, donors, and children in this process.

Do Sperm Donors Have Parental Rights in NJ?

The answer to this question is complicated because the answer could be affirmative or negative, given the situation. If the husband agrees to use a sperm donor whose identity is known or unknown, and the procedure is under the care of a licensed physician, the husband is the father of the child, and the donor has no parental rights. The physician completes a form that certifies the couple’s signed consent, and that form is submitted to the Department of Health. Suppose a single woman uses a sperm donor to conceive, as long as the procedure takes place in the office of a licensed physician and the donor doesn’t submit a written request to be named the biological father. In that case, he doesn’t have parental rights. Recently, there was a case where their sperm donor sued a married lesbian couple in Salem County for parental visitation of their child. They had drawn up a document stating that the sperm donor would take no parental part in the child’s life. Unfortunately, the document wasn’t worth the paper on which it was written because a licensed physician did not conduct the insemination procedure. The couple fought the decision claiming that as a married couple, the baby should be considered their biological child. In 2016, their original judgment was overturned, and the sperm donor was removed from the birth certificate. This decision was hailed as a massive win for the LGTBQ community.

Rules For Being A Sperm Donor in New Jersey

There are certain rules that need to be followed to become a sperm donor. Donors must be no younger than 18 and no older than 38. Sperm banks follow strict guidelines when selecting donors who have to complete an extensive medical history form and family history. Laboratory tests of blood, urine, and semen will be done to clear the donor for STDs, HIV, Hepatitis B and C, and others. Semen will be collected to test for quantity, quality, and movement. Donors also undergo genetic testing to ensure there are no known genetic conditions and provide details regarding the medical history of at least two generations (grandparents) to determine the possibility of hereditary diseases. Some fertility clinics also do psychological evaluations to discuss any concerns or reservations donors may have. Lastly, each donor’s file usually includes a personal interview about interests, talents, education, and hobbies. Once the approval process is complete, the sperm donated by a candidate is frozen for six months while the second round of lab tests and another physical exam is done at around month 5. 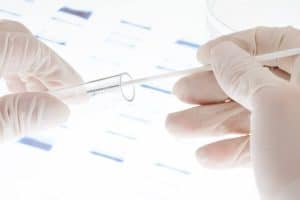 The most important responsibility of a sperm donor is honesty when completing the interviews and tests at the donor clinic and when signing any documentation regarding the relationship held between themselves and the recipients. Sperm donors cannot be married, and any deception that is later discovered could affect the baby’s parentage. For example, in the case of Rendon v. Ale, the court determined that the biological father was the legal parent of the resulting baby created from his sperm even though he had written a Resignation Letter of Obligations stating that he had no interest in the child. He and the child’s mother were in a relationship, even though they both were married to other people. They filled out two consent forms, and on both, they stated that they were not married to anyone. After several attempts, the Plaintiff became pregnant with twins. She and her husband separated, and she filed for child support from the Defendant (the sperm donor). He wanted to dismiss because he had resigned his rights as a parent during the insemination process; however, when the doctor testified that the couple had misled him, the judge granted child support for the Plaintiff saying the defendant wasn’t required to participate in the children’s lives if he saw fit, but he was required to provide for them to the tune of $1,000 per month.

How to Avoid Paternity Issues with Sperm Donorship in NJ

In a nutshell, to avoid sticky paternity situations, follow the rules. Don’t lie to the doctor who is caring for you about your relationship with your partner or a sperm donor (if you have chosen one directly). Don’t cut financial corners by conducting an insemination procedure without a doctor present. Most of all, hire a lawyer before you do anything.

It is always exciting to start a family, but sometimes plans get derailed due to infertility. Technology has advanced at a break-neck pace, and we can now receive treatments and procedures that were only dreamed of a few decades ago. If you consider being a sperm donor or looking at assisted reproduction, you now know your rights and responsibilities. Contacting an attorney is the next step in this process.

The Bronzino Law Firm provides its clients with exceptional, compassionate representation. You want to do things the right way following New Jersey Law to accomplish your dream of having a child. Our firm values each client and recognizes their unique needs. We serve individuals and families in Colts Neck, Jackson, Beach Haven, Toms River, and towns across Ocean and Monmouth Counties.

Contact our offices for your free and confidential consultation by calling (732) 812-3102 or requesting a free legal case evaluation by contacting us here. We are ready to help make your dreams come true.