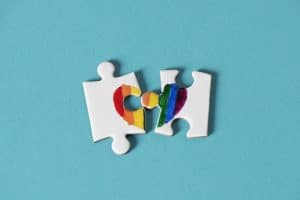 Going through a divorce is difficult for anyone involved. It comes with emotional, mental, physical, and financial stress that can turn your world upside down. Often, complicating factors make a divorce even more difficult to navigate, such as when children are involved. Another example is two spouses of same-sex divorcing. Their stresses may be augmented due to a few additional complications in the process.

Dividing Assets Prior to Legalization of Same-Sex Marriage

One of the most difficult hurdles that many divorcing same-sex couples in New Jersey face is their assets division. New Jersey legalized same-sex marriage in 2013, relatively recently for many LGBTQ couples. Couples who have a longstanding relationship and many shared assets accumulated over the years will have a harder time legally dividing those assets, as their union was not recognized until their marriage was legalized in 2013 or later. As CNBC noted in its 2017 report “Same-Sex Divorce Poses Complications for Some Splitting Couples,” court systems don’t have a standard method of determining how assets are split from a couple that has been together for longer than their legal recognition. According to the report, some courts may accept, given proof, that the relationship functioned at the status of marriage, albeit unofficial, before the passage of the 2013 Garden State Equality Law. In such a case, the judge may consider all assets acquired since then shared assets. This certainly isn’t the standard, so a divorce involving a long-term relationship that has only been legalized in the last few years could mean a dependent spouse losing entitlement to many of the ‘shared’ assets.

States have dealt with the issue of same-sex marriage differently from state to state over the past decades. Until the Defense of Marriage Act was found unconstitutional by the Supreme Court and repealed in 2013, determining that the federal government cannot discriminate against a gay, lesbian, or queer couple for the purposes of federal legal rights and protections, same-sex couples have had to navigate their relationships differently. Even after DOMA was overturned, many states took years to legalize same-sex marriage, though domestic partnerships may have been legally recognized. Until 2015, when the U.S. Supreme Court ruled same-sex marriage legal in all 50 states in Obergefell vs. Hodges, couples who moved between states over the course of their relationship or were in states in which domestic partnership – or nothing – was legal had to live between blurred lines in recognition of their union. 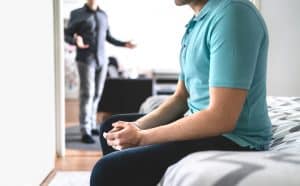 The complications that a long-term, interstate relationship can add to a divorce are many. However, they can be navigated and resolved with the support of a skilled divorce attorney who is knowledgeable in the state and federal legal timeline of marriage law before the federal blanket legalization of same-sex marriage in 2015.

When children are involved

As with any divorce, the inclusion of a child complicates matters. This is especially the case if the child was adopted before the marriage was legalized in New Jersey. The parent who has legal guardianship rights of the adopted child might receive custodial rights in a divorce if the couple was not married at the time of adoption.

If one member of the couple is the child’s biological parent, they will likely be granted custodial rights unless the other parent has undergone the process of adoption. This means that the other spouse is not required to pay child support after a divorce. However, they may also not have custodial or even visitation rights after the divorce if there is no legal relationship between spouse and child. To have custodial rights or visitation rights – and pay child support, the spouse must have adopted or taken steps to adopt or have obtained a parentage judgment.

Feel free to call our Brick or Sea Girt Bronzino Law, LLC office at (732) 812-3102  for a free and confidential virtual consultation today to discuss your specific situation regarding any kind of divorce or family law matter.