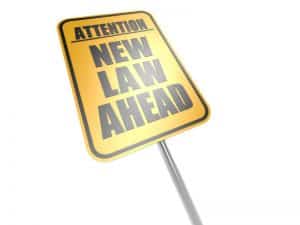 On August 6th, 2017, the New Jersey Supreme Court ruled on the case of Bisbing v Bisbing. As an outcome of their ruling, the NJ Supreme Court has overturned 20 years of prior case law regarding how child relocation requests and hearings are handled. This ruling is extremely important for any parent who is considering an out-of-state relocation with their children, or a parent facing a pending relocation of a former spouse and their children.

Let’s take a closer look at the ruling, and how exactly NJ relocation laws have changed as a result.

The Case of Bisbing v Bisbing

In the case which has established a drastically changed precedent for how child relocation requests are decided, father Glenn Bisbing and mother Jamie Bisbing settled their divorce and resulting child custody agreement in such a way that gave Jamie the designation of “parent of primary residence”. To Glenn, this seemed like a minor detail, as this designation is primarily used to determine the physical address of the children for things like what school district they will attend, where official letters and documents relating to their children will be sent, and which parent will be receiving any child support payments if applicable.

As a concession to this designation, Glenn asked that they include language in their divorce settlement agreement outlining their understanding that Jamie would not relocate with the children after their divorce, as Glenn shared roughly equal parenting time of the children, and wished to continue to play an active role in their lives. However, less than a year after their divorce was finalized, Jamie filed a request with the family court for approval of her planned relocation to Utah, and for permission to bring her children with her.

After filing several motions and appeals, Glenn’s cries for help arrived on the desk of the New Jersey Supreme Court.

Now at the highest levels of family court in New Jersey, Glenn presented his case. He argued that his former wife acted in bad faith when signing their initial child custody agreement, as she knew that if she secured the designation of parent of primary custody, she could later relocate with their children without Glenn legally being able to contest the relocation based on the best interests of their children. Furthermore, Glenn contested that the current legal standard for determining relocation and removal requests is against the stated intent of the courts acknowledging both parent’s rights in custody matters, as well as ultimately ruling in the best interests of the children.

The issues being discussed and decided in this case were so important that the New Jersey State Bar Association was asked to share their opinions on the matter in what is known as an “amicus curiae brief”. As part of its brief, the Bar Association urged the NJ Supreme Court to overturn the current relocation laws and standards, as it believed parents should not forfeit their rights to seek a judicial ruling on child custody simply due to the type of child custody that was awarded to either parent during the divorce.

Taking all this into consideration, the NJ Supreme Court ultimately ruled in Glenn’s favor, acknowledging that the old case law failed to achieve its intended result, that being a focus on the best interests of the children involved in a removal request. The NJ Supreme Court also stated that the old standard has lead to a litany of custody disputes involving bad faith accusations, unnecessarily exhaustive litigation over custody matters, and a history of desperate and failed attempts by non-custodial parents to prevent their children from being relocated out of the state of New Jersey.

What Does this Mean for My NJ Child Custody and Relocation Rights?

Thanks to the decision in Bisbing v Bisbing, all out-of-state relocation requests and hearings will be decided on what the presiding court believes is in the best interests of the children, regardless of the type of custody either parent has.

This means that if the parent who is requesting relocation with their children can show that they have good cause for said relocation, the courts will consider the relocation request the same way they would a child custody modification. In a child custody modification hearing, the courts will perform an exhaustive “best interest analysis” as outlined in N.J.S.A. 9:4-2, and based on the results of this analysis and whichever location the court believes can better support the needs and interests of the children, award one parent or the other primary child custody while establishing a new visitation schedule for the children with whichever parent is not ultimately awarded primary custody.

If you are considering relocating with your children out-of-state, or are a parent facing a potential relocation request of a former spouse and your children, it is critical that you retain the counsel of an experienced Ocean County child custody attorney. Your attorney can help you ensure that your rights as a parent are properly presented and protected throughout the relocation hearing, and also ensure that the best interest analysis gives the proper weight and consideration to the fact that you play an active and positive role in your children’s lives, and that the best interests of your children are closely tied to the maintenance of this relationship.

Attorney Peter Bronzino believes in working closely with all of his clients, and that by keeping them highly informed and involved throughout the legal process, he can better understand their specific needs and concerns in any legal matter, and better work towards securing the resolution that best meets those specific needs. Our firm is up-to-date on all the latest changes to New Jersey family law, including how exactly the NJ Supreme Court in Bisbing v Bisbing can and will affect all child relocation requests in New Jersey moving forward.

To schedule a free and confidential consultation with our firm and Peter Bronzino today regarding your divorce, child custody, or relocation needs, concerns, and potential legal options, please contact us online, or through our Brick, NJ office at (732) 812-3102.