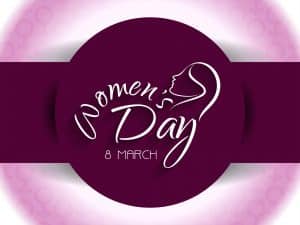 International Women’s Day takes place on March 8, 2020. This year’s theme is “I Am Generation Equality: Realizing Women’s Rights.” The theme and focus of the 2020 International Women’s Day events align with the 25th anniversary of the Beijing Declaration and Platform for Action, which is being honored with a new United Nations campaign called Generation Equality, highlighting multigenerational women’s rights.

The 2020 International Women’s Day theme, I Am Generation Equality, is, according to its official website, developed from the notion of “collective individualism.” This means that, as parts of a whole, we are each microcosm of the macrocosm. Our individual actions have a ripple effect out in society. When we align our thoughts, words, actions, and investment votes with gender equality, we become a coherent microcosm of a truly responsible whole. The campaign has adopted the social media hashtag #eachforequal to remind us all that our individual impact is huge when we think, speak, and act in a way that is in alignment with the change we wish to see in the world.

The I Am Generation Equality 2020 theme hones in on an aspect of gender rights that has seen substantial growth over the course of the last century, and specifically in the past 25 years since the Beijing Declaration and Platform for Action outlined specific areas of development in its 1995 conference. According to the United Nations Development Program, the world has seen vast improvements in the treatment and outcomes of women:

However, while great strides have been made in gender equality consciousness and systemic development, there still exist gaps in gender rights. The United Nations Development Program reported that violence against women and girls remains high, and in a study on social norms found that 86 percent of women and 90 percent of men still have a gender bias against women. Votes internationally are cast evenly by women and men, but roles of power are disproportionately held by men.

The 2020 theme for International Women’s Day, I Am Generation Equality, focuses on bringing people of all genders, ages, and ethnicities together to mobilize against such predominating dynamics globally as gender-based violence and economic injustice on the basis of gender. By uniting globally across all generations, we can change systems to ensure reproductive and health rights, technology for gender equality, and shatter the glass ceiling so that women can thrive in politics like their male counterparts. It is a vision that is accomplished one small action at a time.

Beijing Declaration and Platform for Action

The Beijing Declaration and Platform for Action is considered the most progressive blueprint for advancing women’s rights. Originally developed at the 4th World Conference of Women in Beijing in 1995, it was developed as an agenda with a vision of the future for the empowerment of women. Over the course of several weeks of discussion, debate, interchange of best practices learned throughout history among 189 world government representatives, an action plan was developed highlighting 12 central aspects of focus for the development of equal women’s rights in the world:

International Women’s Day is a veritable support in the movement to turn gender inequality on its head. The 2020 campaign is specifically focused on championing women leading technological innovation, celebrating women athletes, cutting through systemic and subtler exclusivities in the workplace, increasing health education for women, and supporting women’s capacity to earn on their own terms. By raising awareness of these and other current states of business and health as it relates to women, we can move toward a more just world together.

Contact Us At Our Brick Or Sea Girt Office Locations

At Peter J. Bronzino Law Office, we care and will do our best to defend women´s rights. To discuss any family law matter you may be facing with our attorneys today in a comprehensive and confidential case assessment, please contact us online, or through our Brick, NJ office at (732) 812-3102.