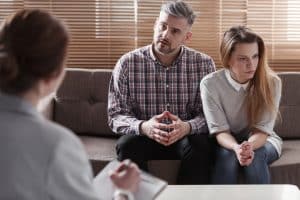 Mediation and arbitration are often considered quick and favorable methods for couples to resolve their divorce, marital asset division, alimony, child support, and child custody and parenting time. Sometimes they are, and sometimes they aren’t. These forms of Alternative Dispute Resolution (ADR) can present a few unforeseen challenges.

Though the concept of a quick, inexpensive divorce option can be attractive, many people do not realize that arbitration awards do not need to specify findings of fact or conclusions of law; and unlike a court order, an arbitration award is subject to a very narrow and limited review on appeal. In addition, a divorce mediator does not represent either party, as their job is to merely facilitate the conflict resolution process.

Arbitrators are typically retired judges or experienced family law attorneys, so the results of arbitration are generally in line with what can be expected in family court. Selecting the most appropriate arbitrator, who has the relevant experience and knowledge to thoughtfully, thoroughly, and realistically decide the issues in your case, is critical. Because the arbitrator’s decision will generally be binding, each party should feel confident about their selection and agree to an appeal process, should it later prove necessary.

What Is the Difference Between Divorce Arbitration & Mediation in Tom’s River, NJ?

Divorce mediation involves the assistance of a neutral third party who promotes and facilitates a resolution of the issues raised by each party and can reach an agreement that is later incorporated into the final divorce judgment. Arbitration, on the other hand, is often quicker, similar to litigation, and each party has a bit more control over the process and can decide when and where the arbitration will occur.  Generally, an entire day or selected group of days are designated for the arbitration to be held. Both parties agree to the rules of evidence and can call witnesses, as well as admit documents into evidence.

In contrast, agreements can be reached by the parties during mediation, but the mediator does not render a decision. Unlike courts of law, arbitrators do not have to observe the rules of evidence and have the authority to determine the relevance, admissibility, and materiality of any evidence. Furthermore, an arbitrator can allow any discovery they appropriate, as long as the objective is a fast, fair, and cost-effective proceeding. After listening to the testimony and weighing the evidence, an arbitrator provides a formal decision to each party on the issue they presented.

Can I Modify My Arbitration Award in Ocean County NJ?

The New Jersey Arbitration Act (Act), N.J.S.A. 2A:23B-1 to-32 is a voluntary procedure that provides the framework for the arbitration process (e., method, conduct, issuance of the award) and standards for confirming, vacating, and modifying the award.

In binding arbitration cases, any decisions reached by the judge arbitrator are enforceable and legally binding. Divorce settlements or other awards may be modified at a later time based on a change in circumstance, but binding arbitration decisions cannot be immediately appealed by either party for the sole reason that the decisions are not satisfactory. In order to change the outcome of binding arbitration, a family law appeal must be filed, and the plaintiff must prove that circumstances have changed or the proceedings were somehow unfair or illegal. Modifying an award is possible when:

Can I Appeal My Monmouth County NJ Arbitration Award?

If an arbitrator refused to review evidence related to your issue, was biased or partial to the other party, or acted outside their scope of power, you have a right to appeal that result. While divorce rulings and awards are affirmed more often than they are reversed, there are circumstances where an appeal may be successful.

In circumstances of non-binding arbitration, either party is free to disagree with the decisions reached, file a “trial de novo” notice, and take their matter to be settled in family court. The effect of not filing the demand for trial de novo is that the award, whether a monetary award or a dismissal, can be converted into a judgment.

Most important to note is that the court will only vacate an arbitration award under limited circumstances (i.e., fraud), which are delineated by statute.

At the Bronzino Law Firm, we have extensive experience helping our clients to reach fair, situation-specific, and well thought out divorce and family law agreements in Ocean and Monmouth County towns such as Wall, Jackson, Point Pleasant, Sea Girt, Asbury Park, and the surrounding communities.

To speak with Peter Bronzino and our legal team today in a free and confidential consultation regarding your divorce and mediation matter or a Family Law issue you may be facing, please contact us online, or through either our Brick office or our Sea Girt office at (732) 812-3102.