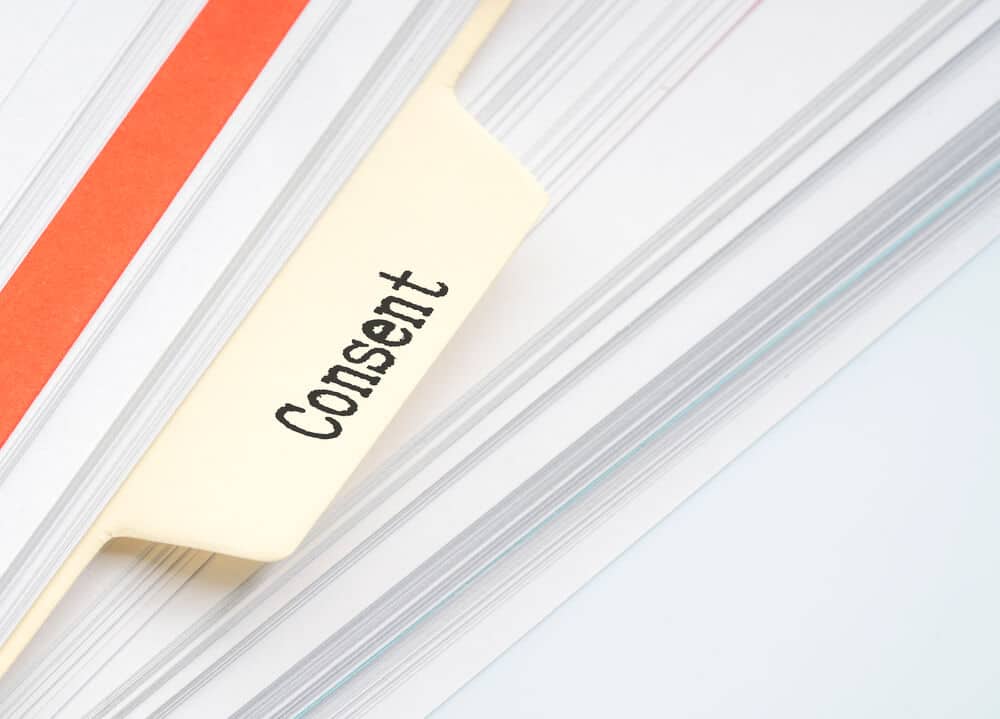 All You Need to Know About Consent Order in NJ

A Case Involving Child Custody may Include a Consent Order as a Crucial Component. 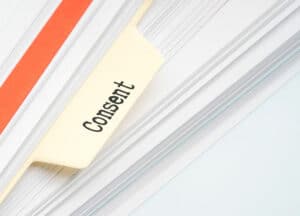 Consent agreements and orders are growing in popularity across the State of New Jersey between co-parents trying to establish ground rules and provisions for parenting and custody without leaving these significant decisions up to a stranger or government institution, as is the situation with judges and courts.

Purpose of a Consent Order in New Jersey

In simplest terms, a consent order is a legal document signed by both parents and a judge outlining the custody arrangement for the children. So long as the parents can communicate civilly and respectfully to determine the consent order details and guidelines, then the terms are not decided by a judge based on the facts of a custody case, which can often happen and may not always favor the child or children. Consent orders allow parents who know their children best to make the most suitable and beneficial arrangements for their kids and family.

A consent agreement is a voluntary decision to pursue. Still, once the document is drafted, reviewed, and signed by all parties, including a judge, the deal manifests into an official court order with judicial power. It is, therefore, imperative that you are comfortable with every aspect of the agreement and that it accurately reflects the intentions and capabilities of both parents before signing.

Requirements to Get a Custody Consent Order

The parents must first agree on parenting schedules and arrangements to get a custody consent order in New Jersey. The plan must address legal and physical custody, visitation, and decision-making points. The parents can submit an agreement to the court for approval after agreeing on a plan and forming a solid and mutually acceptable agreement.

If the court approves the plan, it will issue a binding consent order for both parties. There are several benefits to seeking a custody consent order in New Jersey. It can help avoid litigation by providing a roadmap for how the parents will co-parent their child. A custody consent order can provide stability for the child by establishing clear parental expectations and rules. It can also help reduce conflict between the parents by clearly defining their roles and responsibilities. Finally, a consent order can give both parents a sense of ownership over their child’s upbringing and provide peace of mind knowing that they have an enforceable agreement in place should disagreements arise in the future.

Reasons a Consent Agreement Would Be Unsuitable or Impossible

A few factors make a custody consent order in New Jersey impossible for some families or parents. For example, if the parents reside in different states or countries. In other cases, the child has been placed in foster care or with another family member. Other circumstances include situations involving one or both parents with a history of domestic violence and abuse, substance use disorder, criminal records, or being in any other way unsuitable for providing care for the child or children. In addition, there are some cases where the parents may not get along and be unable to communicate, making it difficult to co-parent and even more problematic to sit down and design a consent agreement.

In the case of SS (plaintiff) v NS (defendant), the importance of several factors in drafting and throughout a consent order can be observed. For example, clear and concise communication is essential in relationships during and after divorce, particularly concerning children.

The defendant was required to pay the plaintiff $12,000 per month in alimony for eight years, $8000 per month for four years, and $3000 in child support for four years under the MSA. Child support was based on the plaintiff earning an average of approximately $517,000 per year employed as a partner in anesthesiology practice. The sum was based on the previous three consecutive years of earnings—the defendant self-reported income of $35,000 annually.

To comply with the MSA, the plaintiff had to maintain his children’s medical coverage, pay two-thirds of their out-of-pocket expenses, and cover two-thirds of their extracurriculars, e.g., sports and summer camp tuition. Unless otherwise agreed to, child support would be up for review every three years or once alimony ended.

The defendant requested the plaintiff pay additional costs for the children and summer camp costs in 2012. However, the judge asked for the plaintiff to first provide financial documentation and verification of income for 2012 and for both parties to share with each other their tax returns and include W-2 statements and 1099 tax forms for 2009-2011. 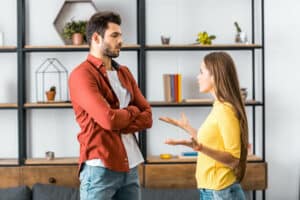 After a second and failed mediation in 2017, the defendant moved to vacate the consent order. During mediation, the defendant alleged the plaintiff fraudulently represented his income as never exceeding $460,000. Furthermore, he failed to disclose all of his financial information. A monthly increase in child support to $9316 was asked, as well as reimbursement of counsel fees and costs. As a result of her incorrect interpretation of the plaintiff’s Schedule K-1 for 2014, 2015, and 2016, the defendant argued that the plaintiff’s actual income exceeded $460,000 per year by $28,467.66, attempting to compensate for her error. In response, the plaintiff filed a motion to reduce child support as the defendant’s income had increased from $35,000 to $96,000 when these filings were made.

Judge Tober found the defendant’s claim of financial hardship and monthly deficit incredulous. In addition, the judge found the defendant’s lifestyle was unaltered following the 2009 divorce or the March 17, 2014 consent order. Contrarily, the judge emphasized the defendant’s financial standing had steadily improved. In contrast, the plaintiff’s circumstances had either remained consistent or faded over time from the divorce through the time of the consent order. The judge based his findings on his careful review of all relevant documents. Since 2014, the defendant has lived a lifestyle comparable to or exceeding that of the parties’ former marriage. Last but not least, Judge Tober denied the defendant’s request regarding counsel fees, and the plaintiff was not required to contribute to them.

A need for mutual understanding and respect should be present when navigating a consent order. Potential harm and financial loss can occur when one party bases their understanding and outlook of the other party on feelings, assumptions, and misinterpretations. In addition, it is paramount to have a skilled attorney familiar with your case review all documents before making any allegations of fraud, as well as review one’s own financial standings in the current.

Relationship Between a Consent Order, Mediation, and Collaborative Divorce

Consent orders are court orders that both parties agree upon and are often the result of collaborative divorce and successful mediation(s). They are all tools intended to resolve any issues in a divorce, including child custody, division of assets and property, and alimony or spousal support. Mediation is a process where both parties meet with a neutral third party to discuss their differences and try to reach an agreement. Mediations are typically most successful when parties can effectively communicate civilly. In addition, they are willing to come to a compromise, have faith in the third party, and come forward with carefully reviewed information. A collaborative divorce is an approach where both parties work together with their attorneys to negotiate a settlement outside of court. Both mediation and collaborative divorce require mutual understanding and communication between the parties to reach an agreement. 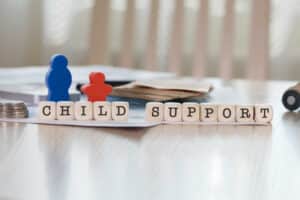 Couples ending their relationship without many grudges or intense resentment and who don’t have considerable hostility towards one another are most likely to benefit from collaborative divorce since it requires honest communication and fair negotiations.

Revoking a Consent Order After It Has Been Approved

If you want to vacate a consent order, you must file a motion with the court and provide notice to the other party. A hearing will then be scheduled by the court. There will be an opportunity for both parties to present their arguments at the hearing. The court will then determine whether or not to vacate the consent order.

An experienced family lawyer is essential if you are contemplating or preparing to sign a consent agreement or consent order. These decisions spell long-term implications for you and your family, so there is simply no room for mistakes in the process or decisions made without all of the facts and considerations taken into account. An attorney at our Ocean County law firm, The Bronzino Law Firm, can help you with a consent order in a New Jersey child custody case in several ways, including but not limited to the following: drafting the consent order for you and your ex-spouse to sign; filing the consent order with the court; representing you at the hearing on the consent order, if necessary; advising you when mediation is needed; help you understand your rights and options under the law; maintaining compliance within a consent order, and ensuring that the consent order is enforced. If you would like to talk to a lawyer about a consent order or another custody issue, please do not hesitate to contact our compassionate and proficient firm for a free and confidential consultation.

You can reach us anytime at (732) 812-3102. With local offices in Sea Girt and Brick, our team assists with all aspects of custody, divorce, and similar cases in Tinton Falls, Rumson, Middletown, Toms River, Point Pleasant, Wall, Eatontown, Barnegat, Bay Head, and other Ocean and Monmouth County areas. Find out more about how we can help you by contacting us today.