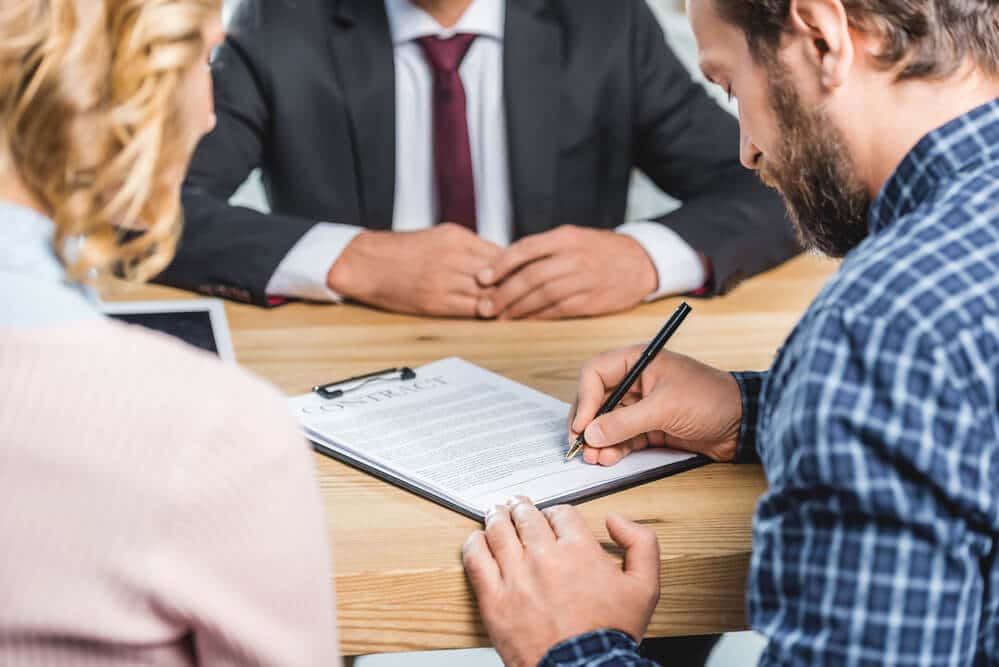 Writing a detailed separation agreement that covers all ends will help you save time and money before making a final decision. 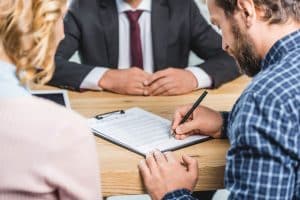 Not all marriages work out. When a marital union between two spouses no longer is in the best interests of one or both parties or their children, the couple will take steps to create space and perhaps terminate the marriage permanently. Read on to learn more about the different types of separations that a couple who is considering divorce can take and how to navigate that period between marriage and divorce in a mutually recognized, coherent, and legally recognized way.

The First Step of the Separation Agreement

There are many reasons a couple may separate, and there are many forms this separation may take. In order to preserve stability for young children, for example, a couple may separate but still live in the same house. In this situation, the couple may separate certain marital assets and finances and move into separate rooms in the marital home. Another of the many separation arrangements is that one partner or both move out of the marital home temporarily or permanently. There are various arrangements that address the unique needs and circumstances of each couple. Learn more about how spouses can organize and legalize their separation through a Separation Agreement.

Separation Agreement as a Transition Stage

When a couple is exploring the possibility or certainty that they will not remain together, they may undergo separation. Separation means that a couple is not functioning as a marital pair, but they are not yet legally divorced. Spouses may separate in order to provide space for both while they determine whether they wish to reconcile; they may separate while they are preparing to move forward with a divorce; a couple may even legally separate – a marital status of its own that means the couple is neither married nor divorced but has submitted a legal court order to validate their separation.

Because in a separation, the spouses will, for all intents and purposes, be living separately, a Separation Agreement will outline how the couple’s marital assets and responsibilities will be temporarily separated, en route to a legal divorce or to reconciliation; or en route to permanent legal separation.

Important Information to Consider When Writing a Separation Agreement

A Separation Agreement covers the distribution of certain marital assets, including financial accounts, the marital home, properties, and investments. It also outlines how the spouses will be responsible for outstanding marital debts. Additionally, if one spouse has been the breadwinner in the family while the other has tended the home or focused on raising the children, terms of temporary spousal support for the duration of the separation may be outlined in the Agreement. If children are involved, a shared custody agreement and temporary child support will be addressed as well.

Is a Separation Agreement Binding?

Though a Separation Agreement is not submitted to a court, it is a binding document because it is a written legal contract between individuals. It is, therefore, legally binding under New Jersey contract law. It is important to note that if one party were to file a legal claim stating that the other spouse was in breach of their Separation Agreement, the court could reject the legality of the contract if the terms of the Agreement were not fair, one or both partners hid assets, or the Agreement was not in the best interests of involved children.

Is It Mandatory to File a Separation Agreement?

As noted, a Separation Agreement is a legal contract; as such, it is not necessary for a couple to file the Agreement in court. However, if one partner is in breach of the contract, the other spouse will need to file a claim in civil court.

Consensual Termination of a Separation Agreement

Advantages of Retaining a Family Lawyer to Prepare a Separation Agreement

Because a Separation Agreement could be rejected by a court for failure to suitably address certain legal necessities, including being drafted in full transparency and mutual agreement, serving the best interests of children, and being signed before a legal witness, having a lawyer familiar with the contract law support the process can be an invaluable asset. Are you considering separation from your spouse? Our creative, educated family lawyers with offices in Monmouth and Ocean, New Jersey are happy to facilitate the legalization of that process for your best interests and those of your family.

Talk to our Divorce and Family Law Attorneys if you are Considering Drafting a Separation Agreement in Brick and Sea Girt, NJ

At the Bronzino Law Firm, our family lawyers know how to properly approach a legal separation agreement that complies with New Jersey Family Law, ensuring that your document is legitimate if it eventually needs to be discussed in court. We can provide the information and the support you need. Whether you and your spouse reconcile down the road or if you need to escalate your separation to a divorce level, our lawyers will provide the foundation to move one way or the other facilitating the process moving forward.

To have a more in-depth personal conversation about your case, don’t hesitate to get in touch with either of our Brick or  Sea Girt NJ offices at (732) 812-3102 for an initial free and confidential consultation with our lawyers. We service towns such as Little Silver, Manchester, Beach Haven, Lacey, and Eatontown in Monmouth and Ocean Counties, and across Southern New Jersey.