Beware of Using Social Media While Divorcing in New Jersey

If you are considering a separation or divorce from your spouse in Brick, Sea Girt, Toms River, and Wall Township, and across the Jersey Shore, you must understand how your social media posts and texts might affect your divorce case.

Social media may have been a factor in causing your separation and divorce. Relationship experts are 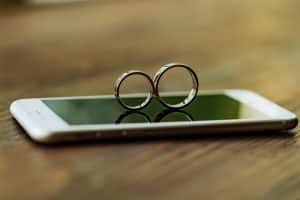 becoming concerned that the prevalent use of technology is driving a wedge between more couples, even to the extent of driving them apart permanently. But that’s not the only way our ubiquitous devices affect divorce. The digital trail people leave while engrossed in electronic devices is now a factor in a growing number of divorce litigation.

Experienced New Jersey divorce lawyers have seen that the courts wrestle with balancing the value of privacy with the value of relevant information stored in electronic devices and on social media.

In one way, technology provides an upside. It can mean a smoother divorce process. Financial records that you used to chase down for weeks are now often filed on your computer. Arguments over “he-said-she-said” can now be neatly resolved by looking at texts or emails. Technology also allows people to be more prepared, which helps cut down on time and legal expenses.

There’s a downside to the technology, however. Some platforms make it very easy to dash off the first thought that comes to mind, publish it, and get instant gratification for it. That’s dangerous for someone on the emotional rollercoaster of a separation or divorce. This is especially true if they’re about to have every corner of their finances, parenting style, and private life intensely scrutinized by a judge in a divorce case.

A survey by the American Academy of Matrimonial Lawyers notes that social media, text messaging, emails, and other electronic tools are being used by divorce lawyers more frequently. Facebook is one of the top sources of social media evidence in divorce cases, used by 66 percent of lawyers surveyed. Instagram, Twitter, and Snapchat are others. Text messages and emails are also frequently presented as evidence.

One divorce attorney commented to The New York Times, “It has changed the way we do business… Before, we would hire private investigators, have opposing spouses followed, and interview acquaintances and friends. We would strive forever to get evidence, and now people can’t wait to post on Facebook who they are out drinking with. So we come along and scoop that up.”

Bar associations even teach workshops for divorce lawyers on how to navigate social media for evidence.

Brick divorce attorneys at Bronzino Law Firm urge people to exercise great caution about posting on digital platforms during separation and divorce. Most courts will allow a social media post as evidence as long as it is relevant, authentic, and wasn’t obtained illegally. If judges feel they have good reason to believe that social media content will be relevant and not obtainable in another way, they will sometimes even issue a subpoena to get their hands on this evidence.

Social Media Can Be Used For You, and Against You 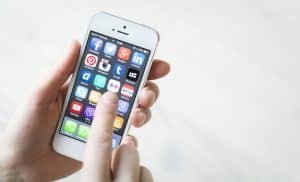 New Jersey became a no-fault divorce state in 2007. As a result, couples can cite irreconcilable differences without having to be specific, so it’s not necessary to unearth evidence of your soon-to-be-ex’s wrongdoing to go your separate ways.

That said, sometimes social media evidence can prove useful, whether you’re filing for divorce on no-fault or fault grounds. Social media posts can be used to show almost anything:

The prevalence of social media means that the kinds of evidence that can be collected are nearly infinite.

Contact us at our Brick or Sea Girt Office Locations.

The lawyers at Attorney Peter J. Bronzino Law Firm are experienced in navigating the social media terrain in divorce cases in Brick, Sea Girt, Toms River, and Wall Township, and across the Jersey Shore. If you’re considering separation or divorce, we urge you to be very cautious in using social media and texting. Exercising caution about what you post is critical to obtaining favorable results in court.

In other words, don’t lose your case before you even get to court because you were careless with your words on social media or in texts.

Speak with Peter Bronzino and our legal team today in a free and confidential consultation. Please contact us online or through either our Brick or Sea Girt, NJ offices at (732) 812-3102.