Economic Mediation as Part of the Divorce Process in NJ

Discuss the Benefits of Economic Mediation in the Divorce Process in Ocean and Monmouth County, NJ

The Economic Mediation Process can be a Very Effective Step, Saving Time and Money for the Parties Involved in a Divorce in New Jersey. 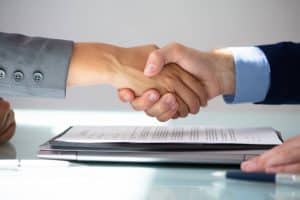 For New Jersey spouses who are undergoing a divorce, it may seem that the process of coming to a divorce settlement is never-ending. Even exes who get along and agree on the vast majority of negotiables in a divorce agreement may run into issues that make settling impossible. In order to avoid litigation, in which couples who can’t come to a settlement agreement take their case to the Superior Court: Family Part, thereby placing the system under further duress, along with their wallets, the court will often order alternative measures as a pre-litigation attempt at divorce settlement. One such measure is economic mediation. Read on to learn more about what economic mediation is and how New Jersey divorcees use the process to reach agreement on particular aspects of their divorce settlement.

What is Economic Mediation in New Jersey?

Economic mediation is a court-mandated process by which a divorcing couple meets with an approved third-party mediator, to attempt to reconcile unresolved financial elements of the divorce, such as the equitable distribution of marital assets and spousal support payments. Economic mediation is a follow-up to an Early Settlement Panel, which is another court-mandated attempt to come to settlement regarding unresolved aspects of the divorce, so litigation is not required. Unlike an Early Settlement Panel, which is comprised of a number of objective legal panelists who are familiar with New Jersey family law, as well as how the appointed judge is likely to rule and is Early Settlement Panel sponsored by the Court, the divorcing spouses must pay for the services of the mediator in economic mediation for any time beyond the initial two hours.

Spouses who are unable to reach a settlement agreement through initial attempts by each party’s divorce lawyers, and who are further unable to come to agreement based on the recommendation of the court-mandated Early Settlement Panel, will likely be assigned to economic mediation by the Family Part judge.

Economic Mediation as a Court-ordered Decision

Once a Family Part judge orders economic mediation, both parties are required to participate. Additionally, either party may request economic mediation at any point of the divorce process as a means of resolving disputes regarding financial elements of the settlement agreement. However, though a couple can continue to work with the mediator to come to an economic agreement regardless of how many hours and meetings it takes, there is still a possibility that they will not come to a conclusion through the sessions.

Purpose of Economic Mediation in a Divorce Process

The purpose of economic mediation is to come to an agreement regarding an impasse the divorcing couple has come to as it regards any financial element of the divorce. It is in the couple’s financial interest to come to an agreement through the use of a mediator instead of litigation, as that could mean thousands of more dollars in lawyer and Court fees and a lengthier process that is at the mercy of the Court’s availability.

Role of the Mediator in the NJ Process

An economic mediation session is handled by an approved mediator, who is usually an experienced family lawyer. The mediator reviews the disputed elements of the case and then meets with both parties. Throughout the course of economic mediation sessions, the mediator will get to the root of the disputes as it regards the finances of divorce and, though understanding each party’s concerns, attempt to move them closer to resolution.

Role of the Memorandum of Understanding in the Mediation Process

When a divorcing couple has found common ground in an economic mediation process, the mediator will draw up a Memorandum of Understanding (MoU) outlining the arrangement to which the spouses have agreed on that will allow them to move forward with the divorce settlement. An MoU is not a legally-binding document; it is simply an outline of the arrangement.

Seek Help Before, During, and after Economic Mediation from a Jersey Shore Divorce Lawyer

Economic mediation is one of many potential steps of a divorce settlement process. A skilled family lawyer will help you protect your financial rights in a divorce, whether that means that the agreement can be obtained with only the support of each of your divorce lawyers, or whether mediation or litigation is the best route forward for your best interests and that of your children.

A family law lawyer is your representative and ally before, during, and after an economic mediation; while committed to helping you come to a viable agreement with your ex, they will protect you from entering into an agreement that financially disempowers you. They are an essential advocate through every non-binding step of the divorce process, including economic mediation.

Are you in the process of divorce, are disputing financial elements with your spouse, and the Court has mandated that you participate in economic mediation? At Bronzino Law Firm, we know how important it is to protect your financial rights in a divorce. Our attorneys are committed to being an advocate for your best interests and your children’s. We are frequently the successful representatives of clients in Manasquan, Red Bank, Howell, Berkeley, Lakewood, Ocean Township, Toms River, and across Ocean and Monmouth County, protecting their best interests in economic mediation and even litigation if it comes to that.