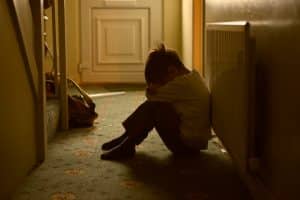 Battered child syndrome (BCS) is a form of child abuse and refers to non-accidental injuries sustained by a child as a result of physical abuse, usually inflicted by an adult caregiver, who may also be the parent or legal guardian. This growing phenomenon is often misdiagnosed in many children in the early stages of a medical evaluation and can be part of a cycle of psychological, sexual and emotional abuse the child may be also suffering from at hands of their caregiver.

Coined by Dr. Henry Kempe and his colleagues in a 1962 Journal of the American Medical Association article titled “The Battered Child Syndrome,” this condition may also be referred to as Parent-Infant Trauma Syndrome (P.I.T.S.).

A particularly disturbing and extremely rare crime, “parricide” is the killing of one’s mother or father and represents just 1 percent of all homicides in the United States in which the victim-offender relationship is known. Abused children who commit parricide are presented as criminals, but essentially they are victims first. A 25-year study concluded that although the majority of parricides or child-parent violence (CPV) in the United States are committed by adults, roughly 25% of patricides and 17% of matricides committed by persons 18 years and under. For 62% of patricides and 23% of matricides within this demographic, the weapons of choice were: handguns, rifles, and shotguns.

FBI data from 2014 listing over 14,000 murders, showed that only 169 people were killed by family members younger than themselves. Although rare, adolescent parricide has become a distinct area of study by criminologists and psychologists due in part to the complexity and unpredictability of this type of crime, with researches assessing the role domestic violence, substance abuse, and mental health might play.

The Washington State Supreme Court became the first state supreme court in the nation to recognize “battered child syndrome,” ruling that it could be admissible in appropriate cases, State v. Janes, 121 Wash. 2d 220 (1993). In this landmark case, even though Janes was alleged to have killed his stepfather after years of beatings and abuse, the State Supreme Court ruled that battered child syndrome is generally admissible in appropriate cases to aid in the proof of self-defense, because it parallels the type of domestic violence associated with (what was known at that time as) “battered women syndrome.”

Justice Barbara Durham noted that since “both syndromes find their basis in abuse-induced post-traumatic stress disorder and elicit a similar response from the abuse victim…we can see no reason to treat these two syndromes differently.” Justice Durham went on to say that the effects of post-traumatic stress disorder are amplified, since children put their trust in their parents and are entirely dependent on their parents (i.e., caregiver or guardian) for financial and emotional support, thus making them more vulnerable. Unfortunately, unlike a battered or abused adult, the child does not have another context by which they can compare their abusive reality. 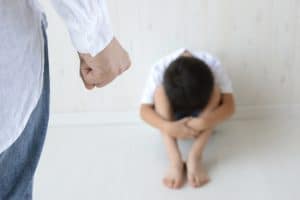 Because of this unseen psychological damage, battered child syndrome defense can be challenging to address. These children or in some cases young adults, view killing their parent(s) as an act of desperation when family members and friends have failed to help them. Due to the sensitive nature of “parricide”, a balance of sorts must be struck since life has been taken. Whether the act is justifiable truly rests on questions that may be difficult to prove.

Sadly, children who commit parricide may feel alienated by the courts, to which they look for justice. Although these children assert self-defense to justify their actions, this type of defense does not conform to classic self-defense theories, which often refer to those who kill when confronted by an immediate and obvious threat to their lives.

If you or someone you know is a victim of abuse or “battered child syndrome” and need legal assistance, please contact our trained team of attorneys immediately.

Our firm believes in keeping clients informed and involved throughout the legal process so that we can deliver uniquely personalized legal solutions. If you are looking for an attorney who will passionately and aggressively defend your legal rights as a victim of abuse or other legal proceedings, look no further.

Experienced Bronzino Law Firm, LLC attorneys can enlist the help of physicians, mental health experts and psychologists to build the most compelling case in order to provide an effective defense for you.

Contact us online or through our Brick, NJ offices by calling (732) 812-3102 today for a free and confidential consultation regarding your legal concerns and the role that a history of abuse has had on you and your family.