People who have entered one of these arrangements face a different set of laws regarding a separation because federal law does not recognize these unions.

What Is A Civil Union and How Does It Work?

A domestic partnership or civil union develops over time for many couples. Moving in together is the first step. Next, assets are purchased as a group. Then, children may enter the picture. All of this occurs in the absence of marriage. A cohabitation agreement can be written to safeguard the rights and property of both parties in a domestic partnership or civil union.

What Is A Dissolution, And How Does It Work? 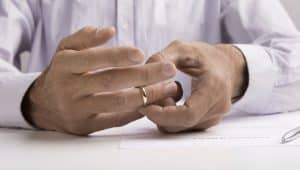 A civil union pair must file a dissolution complaint in family court under the Civil Union Act to formally dissolve their partnership. Divorce laws and principles control the dissolution process, and a civil union is disbanded in the same manner as marriage is.

The legal issues that a couple has when they leave the state where their civil union was granted, particularly if they transfer to a place where civil unions have never been granted, can be significant. In New Jersey, a civil union’s dissolution is regarded similarly to a divorce. In New Jersey, at least one participant of a civil union must have lived in the state for at least one year before filing a petition with the court to dissolve the relationship. In terms of nullification or dissolution and alimony, asset distribution, and responsibility for the partners’ children, a civil union follows the same procedures and circumstances as a marriage.

Under current civil union statutes, a supported partner may be entitled to spousal support, often known as alimony, based on the couple’s lifestyle during the civil union. The difficulty arises when partners have been “married” before the Civil Union Act’s implementation, similar to fair sharing. If a court merely considers the legal wording of alimony legislation, alimony will be determined only based on the couple’s connection from the beginning of the civil union to the termination date, with no regard for the time spent together.

To put it another way, when a civil union dissolves, spouses are entitled to support in the form of spousal maintenance, child support, custody, and equitable distribution of property accrued during the civil union, just as they would be if they were legally married. Before 2007, it was against the law for same-sex couples to enter into a civil union, which means there is some debate over how to measure a civil union best. Some scholars believe that a couple’s union should begin when they get property and acquire the designation of a legally recognized couple before 2006, rather than when they begin to live together as a pair in a binding agreement.

What Are the Justifications for Dissolution?

The fact that three samples are absent from the list has to be noted. These facts are significant in marriage simply when conflicts, deviant sexual behavior, and adultery cannot be reconciled.

Note that three examples are missing from the list. Irreconcilable differences, aberrant sexual activity, and infidelity are only relevant in marriage.

Following the dissolution of a civil union, civil union partners may be entitled to alimony or spousal support, similar to how alimony is considered in divorce proceedings. Additionally, equitable distribution will be established similarly to how it is after a divorce. In New Jersey, the following considerations are considered while determining alimony:

Contact our Family Law Attorneys for a Free Consultation

Dissolving or ending a committed relationship, whether it be a marriage, civil union, domestic partnership, or simply a long-term cohabitation arrangement, brings with it a whole host of questions and concerns in addition to the inevitable emotional toll. Since the requirements for divorce and civil union dissolutions are alike in many aspects, the way to go about executing this process can be more readily understood. If you are seeking to dissolve a civil union or have chosen to move forward with a divorce, it is paramount to have an experienced divorce lawyer who can assist you with successfully navigating the road ahead.

At Bronzino Law Firm, our attorneys have a wealth of knowledge and skill in the realm of matrimonial and family law. Our team is equally committed to your success in completing the process of divorce or civil union dissolution, and we encourage you to contact us for immediate help in this respect. We take pride in successfully representing clients in Brick, Sea Girt, Toms River, and Wall Township, and across the Jersey Shore.

To get in touch with Peter Bronzino and our legal team in a free and confidential consultation about your divorce or civil union termination, please contact us online or through either our Brick or Sea Girt, NJ offices at (732) 812-3102.