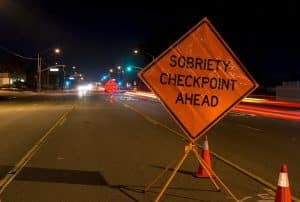 Recently there have been many questions around the constitutionality of sobriety checkpoints in New Jersey. Be that as it may, they are a tool currently being used by law enforcement in order to reduce injuries and deaths that occur on our roads caused by drivers who are under the influence. The truth for most drivers is that facing sobriety checkpoints can be unnerving, even when you haven’t had a drop to drink. Knowing the best way to handle a sobriety checkpoint can help you protect your rights and your future.

Studies conducted by the American Beverage Institute have shown the practice of setting up sobriety checkpoints has been a useful tool to discourage drunk driving. Put simply, a sobriety checkpoint is police traffic stops where officers are set up on a roadway to stop vehicles randomly to check for drug or alcohol-impaired drivers. Frequently these checkpoints are set up during times when it is statistically shown that driving under the influence commonly occurs such as on holidays or late on weekend nights.

At a sobriety checkpoint, police stop and interview each car as it comes down the road. Often they use traffic cones or other portable reflective signs in order to indicate that traffic must stop. Drivers are usually asked to lower their windows and produce their driver’s licenses, proof of insurance as well as their vehicle registration. The officer will then proceed to ask a series of questions to evaluate your current state of sobriety.

The officer at that point conducts a battery of initial sobriety tests. Should an officer suspect that a driver is under the influence of drugs or alcohol due to the smell of alcohol, seeing open containers of alcohol or slurred speech, further investigation may ensue. These tests can include physical coordination tests as well as mental coherency tests.

If the driver fails the above-mentioned tests, the officer may ask the driver to perform a breathalyzer test. It is important to know that, by law, police officers may not subject drivers to undergo these sobriety tests unless there is valid suspicion of alcohol or drug impairment. The implied consent law states that drivers using New Jersey roads are required to submit to breath, blood and urine testing if a police officer has probable cause to believe they are intoxicated. You do have the right to refuse, but there are consequences for doing so. New Jersey law N.J.S.A. 39:4-50.4(a) outlines those consequences clearly.

What are the signs of DUI that Police Look for at a Sobriety Checkpoint?

There are many physical signs of intoxication that police are trained to spot.   These include: 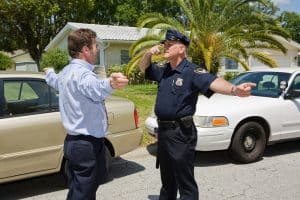 What are your rights and responsibilities at a sobriety checkpoint?

Contrary to a great deal of information on the internet, both Federal laws and New Jersey laws permit sobriety checkpoints. However, law enforcement officers must follow designated protocols.

Checkpoints must be scheduled, visible, and the public must be notified

Checkpoints cannot be set up randomly or simple for the purpose of stopping certain individuals. Supervisors must authorize the planning and conduct of the checkpoint ahead of time. That means police officers are not allowed to set up a sobriety check randomly at will to surprise the public. Checkpoints must be very visible and the public must be given notice. It has been shown that when people know ahead of time that officers will be out conducting sobriety checkpoints, they are more conscientious about refraining from driving under the influence.

Because New Jersey and Federal law makes these checkpoints legal, most people assume they have no choice but to answer all questions and participate in all tests at a sobriety checkpoint. This is simply not the case. You are required by law to provide the appropriate documentation when requested, including your vital information. However, you don’t have to answer other questions. Furthermore, you are well within your rights to refuse to allow officers to inspect your vehicle.

Other rights afforded to motorist at sobriety checkpoints include:

Failure to Follow Checkpoint Laws Could Get the Case Thrown Out 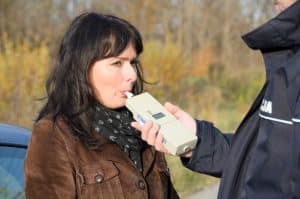 It is important to remember that the laws that govern sobriety checkpoints are not only for the motorist but for police as well. If the police do not follow the law and you are arrested a judge could throw the charges out in court.

For example, when performing physical field sobriety tests it must take place on a level, well-paved stretch of pavement in order to ensure that uneven surfaces do not negatively impact the outcome. Furthermore, law enforcement officers must calibrate breathalyzer machines to exact specifications. The officer who performs the breath test must also be certified to do so. Breathalyzer machines that haven’t been properly maintained and calibrated have been known to give a false-positive reading.