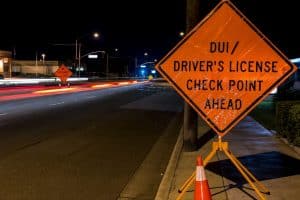 Getting a DUI in New Jersey is a very serious matter. Law enforcement officers and courts do not take DUI offenses lightly. In recent years there has been a special emphasis on police undergoing training to identify the signs that a motorist is driving while under the influence of illegal drugs, prescription drugs, or alcohol. There are more than 100 visual cues that indicate whether a driver has been using a substance that can impair their abilities before driving. The ability to spot these dangerous drivers on the road has the potential to save lives and reduce DUI offenses. These efforts have been largely successful. According to the New Jersey Department of Law and Public Safety, traffic fatalities in alcohol-impaired-driving crashes decreased by 1.1 percent from 10,996 in 2016 to 10,874 in 2017.

It can be helpful in avoiding confusion if drivers know the things that police will be looking for in order to avoid misunderstanding and misidentification of driving while impaired.  These include but are not limited to:

One of the most easily recognizable indicators of drunk driving is weaving between traffic and failure to stay within your driving lane. It has been well documented that being under the influence of alcohol makes it difficult to maintain a vehicle on a steady course in addition to lowering an individual’s overall awareness.

The red flags those officers look for include:

When an officer witnesses someone driving in such a manner, they will more than likely stop that vehicle for further investigation.  However, it is important to note that these same behaviors can be caused by fatigued or distracted drivers who are not under the influence.  Driving should not be done under these circumstances as it can be as dangerous as driving while under the influence.

Lack of Awareness for Other Road Users/Traffic Signs

In order to be sure our roads are safe for everyone, it is critically important to be aware of what other road users are doing and to pay attention to traffic signs. Seeing a driver that shows a lack of awareness of their surroundings is grounds to suspect a DUI.

Indications of a lack of awareness include:

Demonstrating a lack of awareness for others on the road may make you are a potential threat to yourself and others. However, lack of awareness is not always caused by DUI. Causes can include being distracted while driving as well as poor weather conditions.

It is well known that being under the influence of alcohol compromises a person’s ability to judge speed and distance as well as lowering reaction time. This can often be seen when accelerating or stopping a vehicle.

Common indicators that can raise a police officer’s suspicion that someone is under the influence include:

Breaking erratically can potentially cause harm to others sharing the road in the form of rear-end collisions especially under adverse weather conditions. Though accidental breaking and inadvertent rapid acceleration are not unheard of, they can still be potentially dangerous to other drivers on the road. 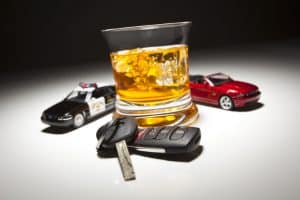 A motor vehicle can be inherently dangerous when not used in the proper manner. Improper use is often a clear sign that someone is impaired. Though a driver may be able to control their vehicle and drive within the correct speed limits, other signs may raise suspicion of a DUI.

Some of the common actions that raise law enforcement concern that a driver may be under the influence include:

Though many of these things may seem mostly benign, when taken into account with other factors, they may cause an officer to feel that further investigation is warranted.

DUI Traffic Stop Attorneys and What the Police Are Looking For

Once an officer finds that there is sufficient cause to stop a driver on suspicion of DUI there are some common signs a police officer will look at to confirm their suspicions. These include:

Any of the above-mentioned conditions is cause for an officer to ask you to submit to a breathalyzer exam or a field sobriety check. However, it is important that officers remember that many of the causes listed above can have benign reasons. For example, an apparent difficulty in answering questions can be caused by nervousness and slurred speech can be caused by medical conditions or speech impediments. Moreover, many mouthwashes use alcohol, the smell of which can cause an officer to believe that you have been drinking.

If you or someone you know has been charged with DUI it is critical that you seek good and experienced legal representation.

At Peter J. Bronzino our team of attorneys is experienced in supporting and fiercely representing our clients who are facing DUI charges in Toms River, Wall, Point Pleasant, Brick, and all of Eastern New Jersey.  No matter your situation you don’t have to confront it alone.

To connect with our firm today in a confidential and comprehensive assessment of your case, please fill out the online form or through our Brick offices at (732) 812-3102.